LATEST NEWS
05:57 AM
Home Opinion Columns Studying abroad: A journey to find yourself 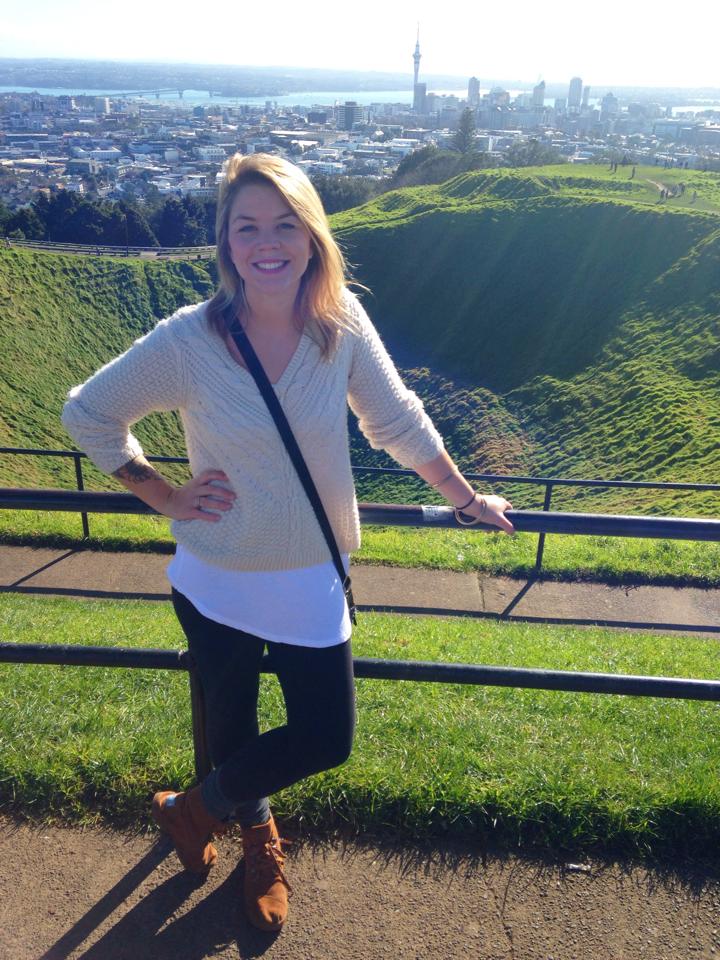 Studying abroad: A journey to find yourself

Before I left for New Zealand it was amusing to me the kinds of questions I was asked.

“Where is New Zealand?” (Okay, maybe that isn’t funny, but then again…maps.)
“What if you come back with an accent? Wait… do they have accents?” (I’m almost certain every person who isn’t raised in the U.S. will have some sort of accent to me and you, and I doubt I’ll adopt one in less than 6 months.)

And, of course, the less amusing but frequently asked question:

I guess you could say I was nervous, but not necessarily about being across the world. Like, I don’t think I could have picked a further place to study abroad. 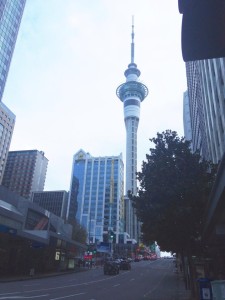 The Sky Tower in Auckland, is an observation and telecommunications tower. It is 31,076 ft tall, as measured from ground level to the top of the mast, making it the tallest free-standing structure in the Southern Hemisphere. It has become an iconic structure in Auckland’s skyline.

But I honestly didn’t feel nervous about leaving for six months. I didn’t really feel anxious about becoming homesick, or about my safety in New Zealand. In all sincerity, I felt most nervous about the plane ride, as silly as that sounds. A whopping 13 hour flight from San Francisco to Auckland, New Zealand – less than I had anticipated, but still a grueling journey over the dark, cold Pacific.

And I felt nervous about not being accepted. What if they didn’t like me? I didn’t want my label as ‘an international student’ to make me appear socially inept. Thinking about walking blindly into a new culture as a young adult tied a few knots in my stomach, but it was something I knew I had the strength and drive to do. And so I did.

The first week I was in Auckland was definitely a week to remember. Let me start off by saying this – it is NOT a common practice to tip for services here. That includes restaurants, cab drivers, even tattoo artists. It’s just not a thing. Let me next say that no one informed Sam, the girl I came with, or me of this until we had tipped just about everyone in the surrounding areas. 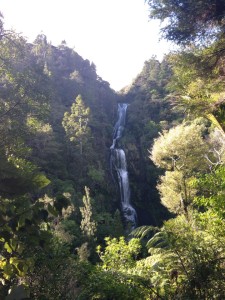 A waterfall near Piha Beach, west of Auckland, New Zealand.

Along with dishing out extra, unnecessary cash, we had never experienced public transportation and found ourselves walking nearly everywhere, mostly in the rain of course, and with heaps of groceries in our hands.

As frustrating as these few things were, we were still in NEW ZEALAND. So who can really be that mad? We got a little more acclimated with the bus routes and hopped on for a ride into the city of Auckland. And when I say city, I’m talking CITY. Massive amounts of people flooded the streets and the sidewalks, hustling and bustling by, shops and supermarkets packed together like sardines, apartment complexes and office spaces stacked intimidatingly high all around us. It was the most exciting, overwhelming feeling. And I felt at home.

For me, this study abroad journey has been less “study” and more “discover who you are.” Although I felt mostly composed about committing to six months in New Zealand, there were things that made me want to hold myself back. But I knew I had to do this for my personal growth and experience.  Nobody ever legitimately wants to extend themselves outside of their comfort zone, but it’s truly such an important and humbling way to stretch, because as humans, we aren’t meant to stay static.

I’ve always struggled to find who I am. Like, I want a pinpoint answer of who I am supposed to be and how I can achieve that, but I’m learning that isn’t what life is about. So that’s why I came here to New Zealand – to make myself into everything I never thought I could do. From mustering up the courage to get on that long ass flight, to making new friends completely on my own, to even learning how to get around an unfamiliar city without GPS or a map. All these things I feared, I made myself do. And I am really proud of that.

So, of course to commemorate this season in my life, I had to get a tattoo in New Zealand. And I absolutely love it! I’m hoping this will be my daily reminder to continue to make myself – to be brave, to take risks, to shape and mold my character into the best person that I can be. To be open-minded and to go wherever life takes me without hesitation. To be patient, but to remain ambitious, to learn the ins and outs of my true self and to find what makes my heart beat. I will make myself. 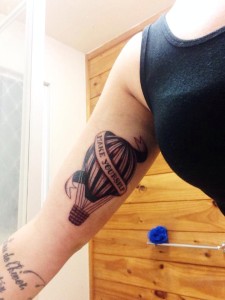 Muns got the “Make Yourself” tattoo in New Zealand, to signify her journey to find herself.