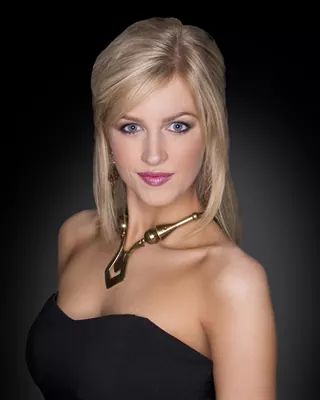 It was just last year when Amanda Sasek waltzed across the stage of the University of Central Missouri’s Multipurpose Building to get her bachelor’s degree in political science. Soon she will be promenading across a different stage, wearing elegant evening gowns instead of a cap a gown. Sasek is one of the contestants in this year’s Miss America Pageant, scheduled to air Sept. 14 on ABC.

The road to the Miss America Pageant has been a long haul for Sasek. Before winning the title of Miss Kansas, she was crowned Miss Greater Wichita. Sasek now lives in Lawrence, Kan., working on a Master’s Degree and teaching as a grad assistant at the University of Kansas.

The ability to compete and succeed in beauty pageants was built in her childhood. She began competing in pageants at the age of eight when she entered and was first runner up in the Little Miss Moberly pageant in her home town of Moberly, Mo. At her first pageant, Sasek was equipped with a 20 dollar Wal-Mart dress and the gift of gab.

She later found out the reason she won was due to her verbal skills. “(The judges) said I was the best interview they’d ever heard,” Sasek said. She attributes an impressive verbal prowess at a young age to spending a lot of time around adults.

For Sasek, pageants are more than just a fun hobby. A tangible reward that helped to partially pay for college was also present. Sasek estimates the amount of scholarship money she won via competing in pageants to be $14,000. 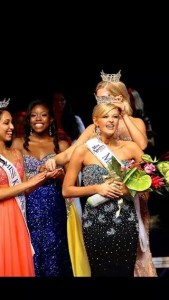 Her pageant circuit success parallels her academic success. She is still remembered as a stand-out at UCM. James Staab, professor of political science at UCM, described Sasek as “a very hard worker, very serious worker, very passionate about politics and the educational process and bright, very bright!”

While at UCM, Sasek accumulated a plethora of achievements. She graduated with a 4.0 grade point average and was bestowed with the honor of being UCM’s top student in the social sciences. She held leadership roles in both the American Democracy Project and Students for Political Action, and she was involved in UCM’s Student Government Association. When noted political analyst Larry Sabato came to speak on campus in 2011, Sasek was there to introduce him, as was also the case with when Sen. Claire McCaskill, D-Mo., came to speak the following year.

Staab noted that Sasek would go a “step above” many other students. Sasek gave insight into her drive by paraphrasing comedian Woody Allen: “One of my favorite quotes is ‘the world is run by the people that show up,’” Sasek said. “I was always willing to show up, to lead, and speak in class, and get my work in.”

“I was willing to stand up,” Sasek said. “I don’t believe a lot of people function like that.”

While at UCM, Sasek was known for her dedication to activities pertaining to political science, but the seeds for that interest were planted in high school while Sasek was competing in debate. It steered Sasek toward staying up to date on current events and politics. She said it was to her advantage to know both sides of an issue in debate. “I loved learning both sides to an issue,” Sasek said. She also expressed disdain for media that promotes political polarization.

Sasek mentioned that she could see herself hosting a national talk show that focused on issues from multi-angled points of view. She said if this dream ever came to be she would make sure the show wouldn’t be one-sided.

Even her previous professors at UCM are willing to speculate about her future. Staab commented that it is hard to predict for certain where a former student will wind up at. “She has a lot of different opportunities,” Staab said. “She has developed a background that suits well for politics, working on campaigns. She could do all kinds of things,” Staab said.

“She has a very strong mind with great analytical skill,” UCM Vice Provost and professor of political science Shari Bax said. “I could see her working for a think tank.”

“There are a whole lot of possibilities for Amanda,” Bax said.

For more information on the Miss Kansas Organization, visit the website.

For more information on Sasek and her service platform, Find Your Strength: Engage to Empower, click here.