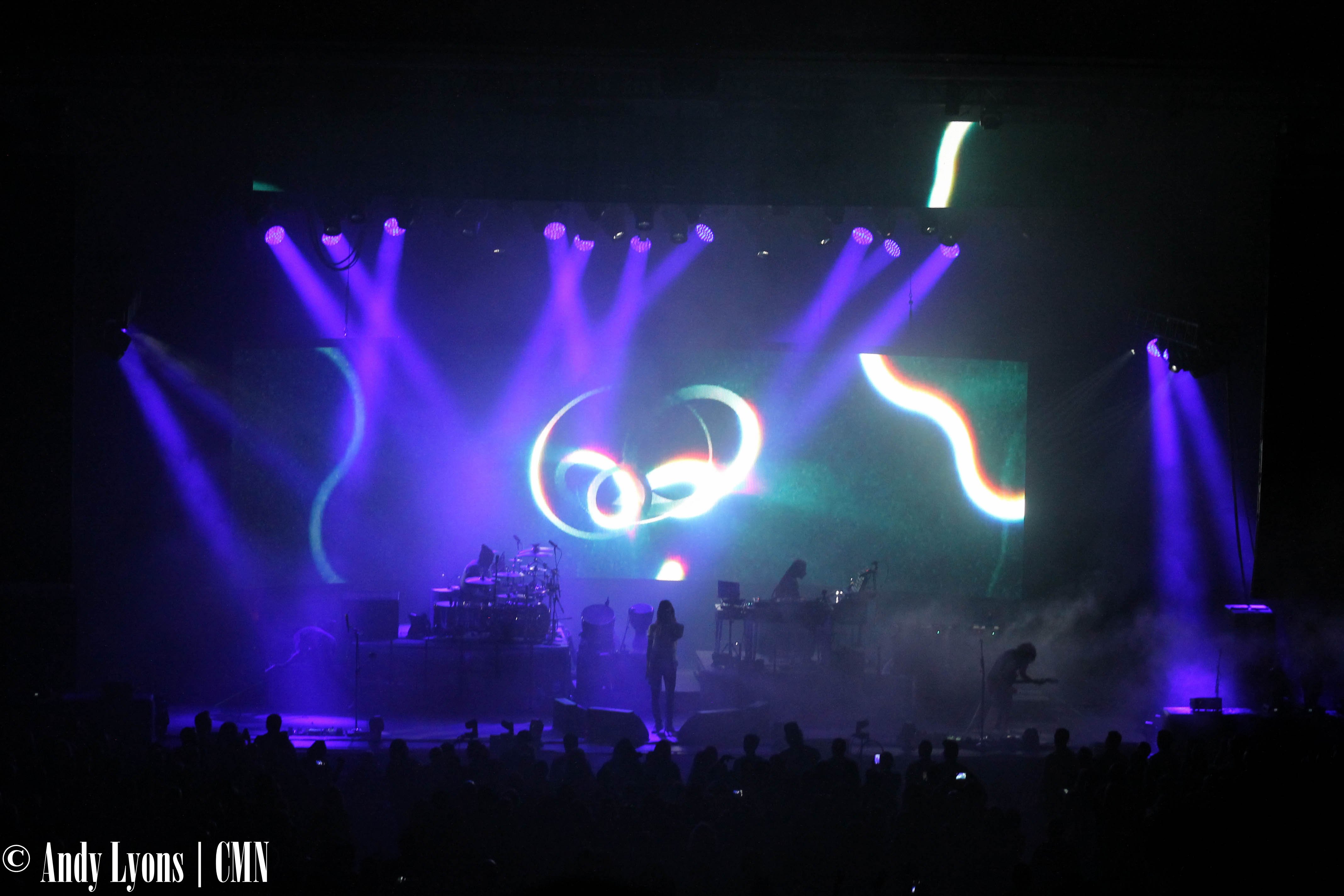 As Stephen Carpenter hit the opening riff of “Feitcera,” the crowd knew they were in for a high octane show Sunday night.

Deftones was sandwiched between Death From Above 1979 and Incubus to enjoy a cool Missouri night at the Starlight Theatre in Kansas City. They opened the show with one of the grittier songs off their third album, “White Pony,” and showcased the band’s range with a setlist that could make up a greatest hits album.

Throughout their set, Deftones frontman Chino Moreno swapped between playing guitar and running around the stage with his traditionally wired microphone. They played aggressive and hard-hitting songs such as “Rocket Skates” and “Swerve City,” but kept fans on their toes by playing more softer tunes such as “Digital Bath” and the melodic and serene love song “Sextape” from the band’s sixth studio record “Diamond Eyes.”

The Deftones always put on an adventure with their live shows. The group can go from pulsating, aggressive beats to soft melodies in a flawless manner that displays how well-rounded they truly are. Moreno’s stage antics, which including running across the stage and taking vertical leaps from monitor speakers, coupled with his ghoulish vocal range make for great live performances. Carpenter’s masterful guitar-work are like the vehicle with drummer Abe Cunningham’s skill behind the drums being the navigator for what always becomes a mystifying musical adventure.

Although Starlight Theatre is a beautiful venue, it’s a bit awkward for a rock show. Deftones tend to have mosh pits when they play live and Starlight’s seating up to the front of the stage hinders that high energy activity typical of rock shows. It didn’t deter fans though – by mid-set they were hopping and head-banging to the beat of the music.

Incubus changed the pace when they took the stage. After a countdown on the Starlight’s megatrons, they went into a light and airy cover of Hans Zimmer’s “S.T.A.Y.” before breaking into hit song “Nice to Know You.” The group kept the tone light, with the crowd joining frontman Brandon Boyd on vocals.

One of the most notable things about Incubus’ music is the prominence of their DJ, Chris Kilmore. For a band such as Deftones, their DJ plays more of a support role while Kilmore’s scratching can be heard throughout the majority of their music – as well as complement the laser show.
Visually, Incubus’ lights and lasers made for an amazing aesthetic at the Starlight. The sun went down minutes before the band went on and the deep colors of the stage light and lasers stood out and complemented the band’s lighter, more alternative sound.

The crowd got louder the further into the set the band played. Songs such as “Wish You Were Here” and “Pardon Me” had the crowd competing with Boyd for who could sing the loudest, with the fans giving him a run for his money.

There was a bit of disappointment among fans as the show was pushed up about an hour. Death From Above 1979 finished their set at about 6 p.m. with Deftones taking the stage at about 6:30, an hour ahead of their scheduled time. Starlight staff said the bands were trying to head to Colorado for their show at Red Rocks as early as possible. Despite some early confusion, the show as a whole was awesome, and seeing two legendary bands from the ‘90s on the same stage was magical.