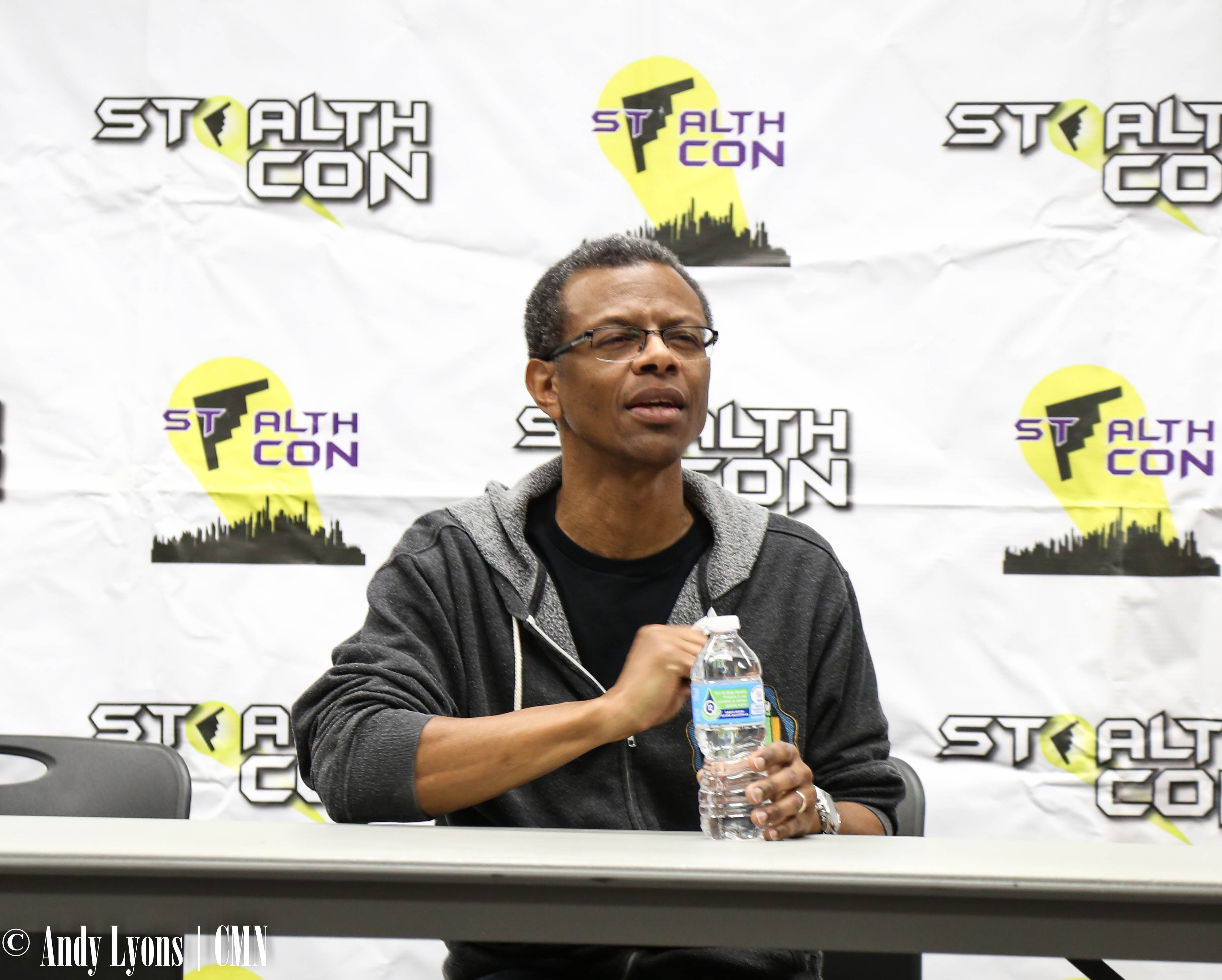 Sunday concluded the second annual Stealth Con in Warrensburg, Mo., mainly focusing on the 20th anniversary of the “Stargate” television series and the recently released “Power Rangers” movie. Stealth Con also included celebrity appearances such as Mindy Sterling, famous for her role as Frau Farbissina in “Austin Powers,” and Phil Lamarr, famous for both live action and voice acting roles.

Lamarr has been an iconic role in many young people’s lives, whether they know it or not, and CMN took the opportunity to sit in on his panel to learn more about the man behind so many famous characters.

Lamarr’s live action roles include being one of the original cast members of “MADtv,” Marvin in Quentin Tarantino’s “Pulp Fiction,” as well as minor roles in “Bio-Dome” and “Step Brothers.”

What has made Lamarr, in his words, “popular, not famous” is his voice acting talent. He has found success in voice acting being the voice of Samurai Jack, Static Shock, John Stewart/Green Lantern in the “Justice League” animated series, Hermes Conrad in “Futurama,” Ollie Williams in “Family Guy,” and Kit Fisto in the “Star Wars: Clone Wars” animated series. He has even voiced various characters in video games, including Vamp in “Metal Gear Solid 2,” King Leoric in “Diablo 3,” Aquaman and John Stewart in “Injustice: Gods Among Us,” and Kotal Kahn in “Mortal Kombat X.”

“I didn’t get into voice acting, I began to get voice jobs because to me, it’s all acting,” Lamarr said. “My job is to take the idea I’m getting, interpret it and make it real whether it’s in front of a camera or a microphone.”

He expanded on that topic, noting there isn’t a specific way to get involved in voice acting.

“Well you act and you hope to get jobs doing voice acting, because to me it’s like ‘I only want to do that (voice acting)’ and really all you are doing is just lowering your likelihood of making a living,” Lamarr advised to those trying to make it as only a voice actor. “To make a living as an actor is hard, and the idea that someone would say ‘I just want to do this one kind of acting and nothing else’ is like someone saying that they only want to act on one side of the stage. To me it’s one aspect of it.”

“Honestly, a voice is only, at best, a third of an animated character,” he continued later in the panel. “Because you have the writing and the drawing or art, the visual aspect, and without those the voice doesn’t really stand alone.”

When his popularity was brought up, Lamarr had a humbling response.

“Someone recently asked me if I was famous and I said ‘No. What I am is popular,’” he explained. “Like for people who know ‘Family Guy,’ I’m that guy (Ollie Williams), but they don’t know Samurai Jack. It’s a completely different realm.”

He also offered up an interesting response when asked about his favorite character to voice.

The biggest concern Lamarr brought up was that voice actors tend to get paid significantly less on projects.

He said he is with several voice actors on strike against several video game companies because in 2015 the video game industry made more than $25 billion, noting that voice actors should be paid a little extra due to companies coming to them for acting jobs. Lamarr emphasized it would only need to happen on games that were huge hits.

He said that isn’t the case for all companies, and that there were several willing to work with the actors on those terms.

“If I do an episode of ‘Pound Puppies,’ I will make more money than I made on ‘Metal Gear,’ which is absurd,” he said.

Lamarr got the chance to experience something he said was one of his goals. He was inspired while watching Billy West work on “Futurama.”

“I remember in the first episode of ‘Futurama,’ I watched Billy West do a scene in that episode where the Professor brings Fry in to introduce him to Dr. Zoidberg, and Billy West did all three voices. And they are completely wildly different voices, and I watched him do that (scene) all in one take,” Lamarr recalled. “I really wanted to do that and after like a year or two, I got that ‘Static’ script and thought well it’s only two (Static Shock and John Stewart), but all right. But the thing was that my ego wanted me to be able to do it together and switch back and forth, but I’m like it’s more important that voices really be separate, so ended up doing one take as John Stewart and one as Static.”

He said the concern came from the different pitches of the two characters’ voices and Lamarr didn’t want to jeopardize the quality of either voice.

Throughout the panel, Lamarr constantly threw praise toward many of his coworkers like West, David Herman, voice of Scruffy and Roberto in “Futurama,” and the late Mako Iwamatsu, voice of Aku in the original “Samurai Jack” series. He helped voice concern over how actors struggle, but he continues to persevere and strive to treat each role as a unique experience.