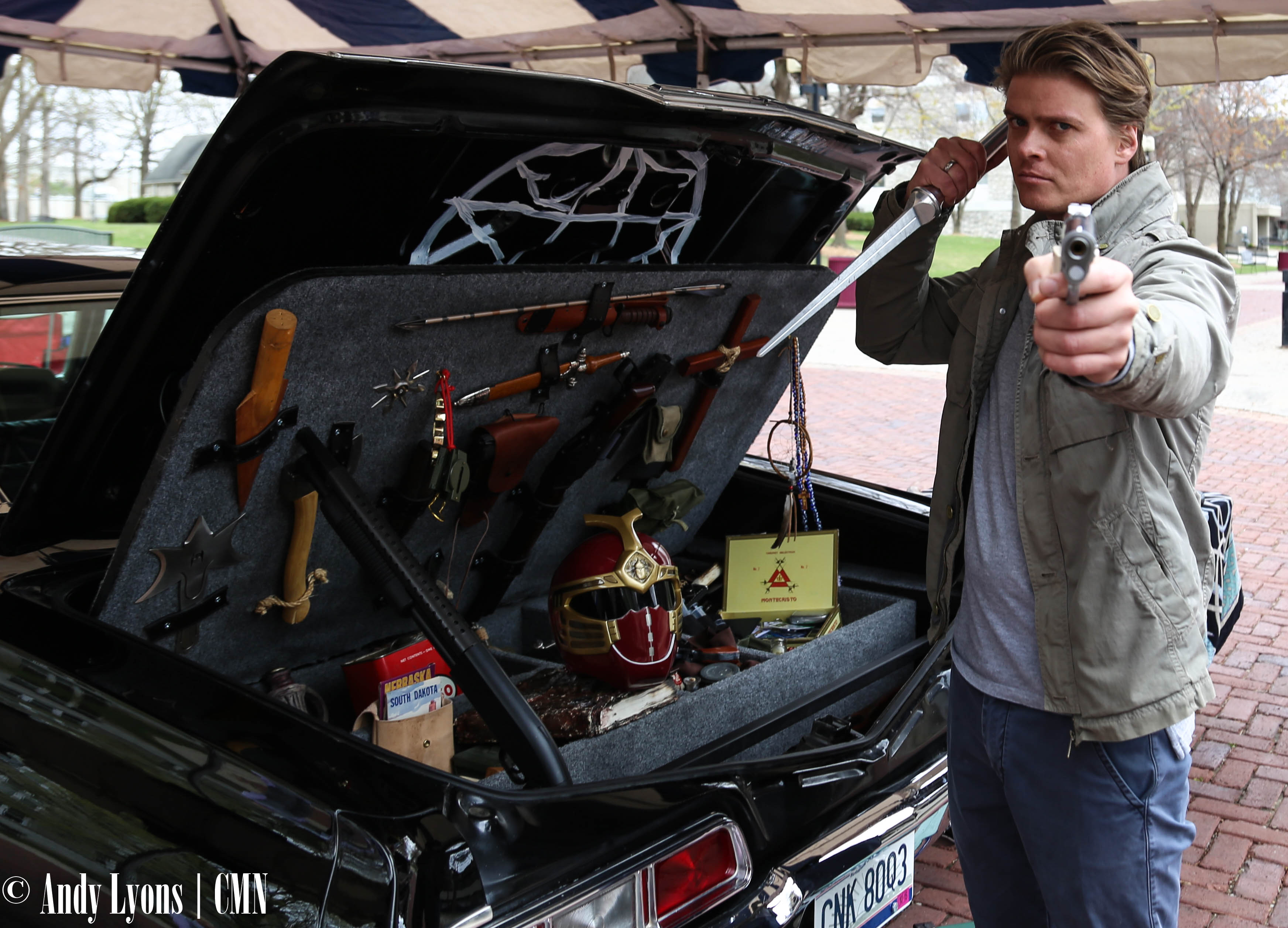 A sequel is almost never better than the original. Lightning striking in a bottle more than once is a rarity.

I arrived at Stealth Con 2017 excited and skeptical. I wondered how this year would compare to the first. Stealth Con had returned for the second year on March 25 and 26 at the University of Central Missouri in Warrensburg, Mo.

The rows of vendors in the Elliott Student Union were set up and ready on Saturday morning. An eclectic mix of wares was available, including comic books and original art. The vendors were willing to engage in conversation with passersby.

As I strolled through the aisles, I noticed the words “No Room in Hell” on display. I recognized the phrase as part of the tag line from George Romero’s “Dawn of the Dead.” This version of “No Room in Hell” is a horror-thriller book series by Springfield, Mo. based author William Schlichter who was on hand at the convention. The first book in the series is titled “The Good, The Bad, And the Undead,” and offers his twist on the zombie apocalypse

“I wanted to take a group of characters who were intelligent,” Schlicter said.

A legendary part of Missouri itself is an element within the story.

“We have a group of characters who decide the best place to be is by Hannibal, Mo. at the Mark Twain Dam,” Schlichter explained. “They are still able to have electricity, and they are trying to survive.”

With a multitude of unique vendors and guests on the lineup, my initial draw to Stealth Con was the celebrity guests. I was surprised Ernie Hudson made an appearance last year. To have someone who was in a movie as iconic as “Ghostbusters” appear at UCM was monumental.

Gearing up for this year’s Stealth Con, I looked at the list of celebrities which included Mindy Sterling, most noted for her role in “Austin Powers;” Erick Avari, Carmen Argenzian, Adam Tuominen, Alexis Cruz, Jorgito Vargas Jr., David Delouise, son of Dom Delouise; and Phil Lamarr.

I was interested in seeing Lamarr. I didn’t recognize the name, but when I looked at the promo pic, I thought, ‘wasn’t he on “MAD tv?”’ Lamarr is also noted for his voice work on animated content, including “Family Guy,” “Futurama,” “Static Shock” and “Samurai Jack.”

I decided to check out his panel Saturday afternoon. Lamarr was able to captivate the attention of a packed room of around 50 visitors. The Q&A was marked by lots of laughter and jovial banter between Lamarr and the audience, as well as sharing of industry insights.

“It’s funny, somebody recently asked me ‘are you famous?’ No. What I am is popular,” Lamarr explained. “Because if you think about it, the quarterback on your high school football team is not famous. If he goes to like another state, they don’t know who he is…but at your high school, everybody knows who Jake is. He’s popular. It’s that sort of thing.”

The second day at Stealth Con, my attention shifted from celebrities to the world of cosplay.

I find cosplayers to be one of the most fascinating and visually striking elements of every con I’ve attended. At said events, I’m reminded of the time my dad took me to my first comic and gaming shop, images jumped out and captured my imagination in a form of sensory overload – “Wolverine,” “Rogue Trooper,“ “Dungeons & Dragons” manuals. It all looked so cool! How many cosplayers had similar experiences and took their love of the same material and amplified it into a living, visual form?

My last stop at Stealth Con was a panel on cosplay, featuring cosplayers, Casey Renee, who had come all the way from Atlanta, Sophii Donnay, Jim Dixon and Paige Taylor, who comprise Triple Diamond Cosplay, Lauren Schweer and Halley Burgess from Bodacious Bombshells Cosplay.

As they sat down and introduced themselves, a sense of camaraderie was noticeable. The members of the panel were able to explain where their sense of community comes from.

“We are the Island of Misfit Toys,” Dixon declared.

Even though the cosplayers on the panel spoke of community connection, they also addressed the issue of criticism within the community and backlash as cosplay grows in popularity

“When I started doing princesses, I had three different people message me, telling me you can’t do that,” Taylor said. “You can’t do princesses because you do a sexy Harley.”

“I remember when the Playboy bunnies came out and they did that video in cosplay, and people were like they can’t do that because they’re Playboy models,” Taylor said.

Dixon compared the criticism of cosplay becoming popular to the backlash against punk rock bands who were accused of selling out.

As I made my way out of Elliott Student Union on Sunday, I thought about the significance of Stealth Con. It’s an umbrella dynamic. I spoke with authors, artists and cosplayers all gathered under one roof. Stealth Con is a place where various fandoms coexist side-by-side. Although I was more excited the first time around, the return of Stealth Con was no dud. And I’m sure the true believers are already looking forward to part three.