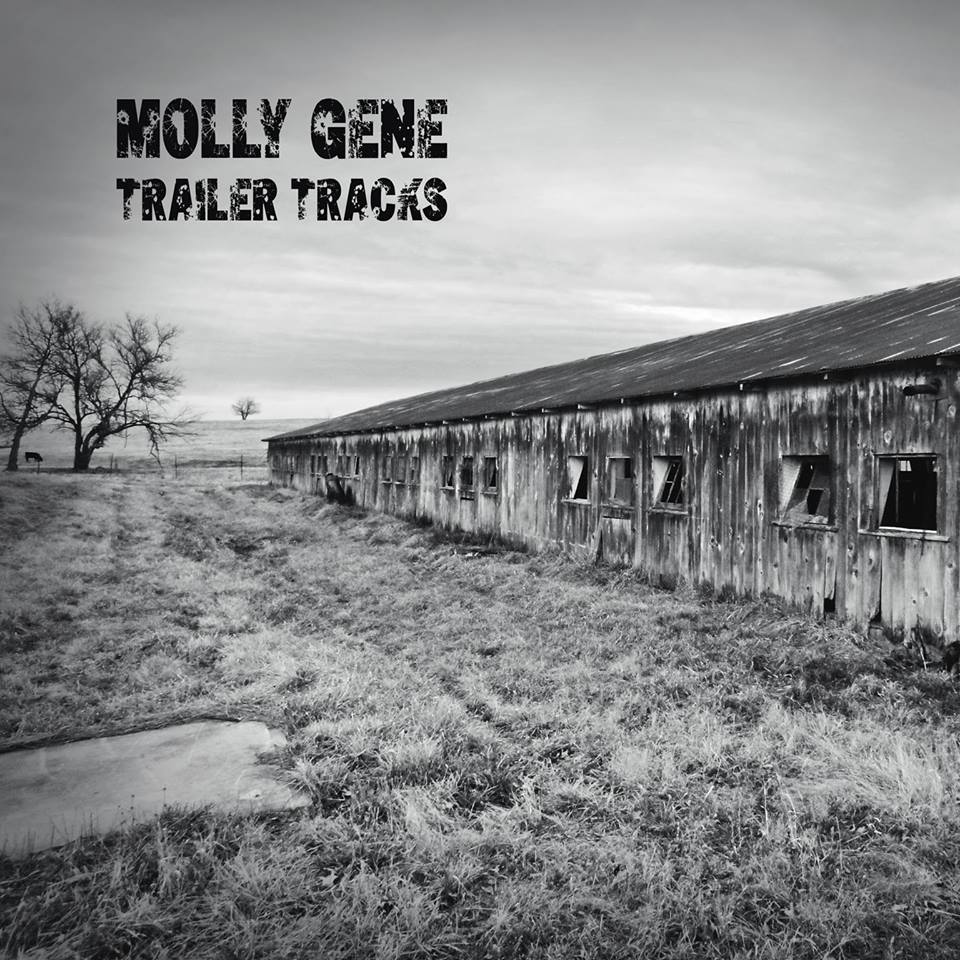 ALBUM REVIEW: Molly Gene shows another side with “Trailer Tracks”

Human beings are curious, multidimensional creatures, which is probably doubly true of musicians and the artistically inclined. Most of the great musicians throughout their careers revealed layers that were unheard on previous releases. The day Bob Dylan went electric is still a highly-contested topic of debate.

An album establishes a sound, and then with another release a change in direction can occur.

With “Trailer Tracks,” her new surprise release, Molly Gene reveals another musical layer, diverging from her trademark “Delta Thrash” sound. The process of how the album was recorded is an about face from her previous release.

The Mid-Missouri blues maven traveled to New York toward the close of 2014 and spent two weeks making her last album. With “Trailer Tracks,” the notion of the traditional studio was jettisoned in favor of modest home recording, but it has the life of an actual album with an intentional low-fi sound, rather than simply sounding like a bare-bones demo.

In my non-musician opinion, musical talent shines regardless of the methods and means of recording. Hell, the first Bad Brains album was recorded on a portable four track.

Molly Gene’s live show is defined by an alcohol-burning, high-octane, rowdy, raucous energy. Yet with “Trailer Tracks,” her sound is stripped down, and the volume turned down a few notches, but an intensity still remains. It’s just not the same type of intensity as her live show. This album feels like off-stage introspection of mind, heart and spirit.

The nine-song mini-album starts with a cover of “Amazing Grace.” This lead-in sets a tone on a disc that primarily consists of covers. The familiar hymn is belted out with unbelievable passion. As I listened to this album, I thought about what I’ve been told about what happens when people are struck blind. You’ve probably heard that when someone loses his or her eyesight that other senses are then amplified.

With “Trailer Tracks,” the trademark thunder-clap thumping of Molly Gene’s foot drum is not as prevalent, and the scaled down sound shifts a lot of emphasis to the soulfulness of her vocals. “Tin Roof” is essentially an acapella number with only vocals and what sounds like the tapping of a tambourine.

Within these nine songs, the listener is transported to a sonic nucleus, the origins, the roots. These were the songs that inspired Molly Gene to play the blues.

After a few listens, this album started to grow on me, as opposed to being immediately engulfed in its sound. “Trailer Tracks” is not the sound of a Saturday night hootenanny, but that of a Sunday morning coming down.