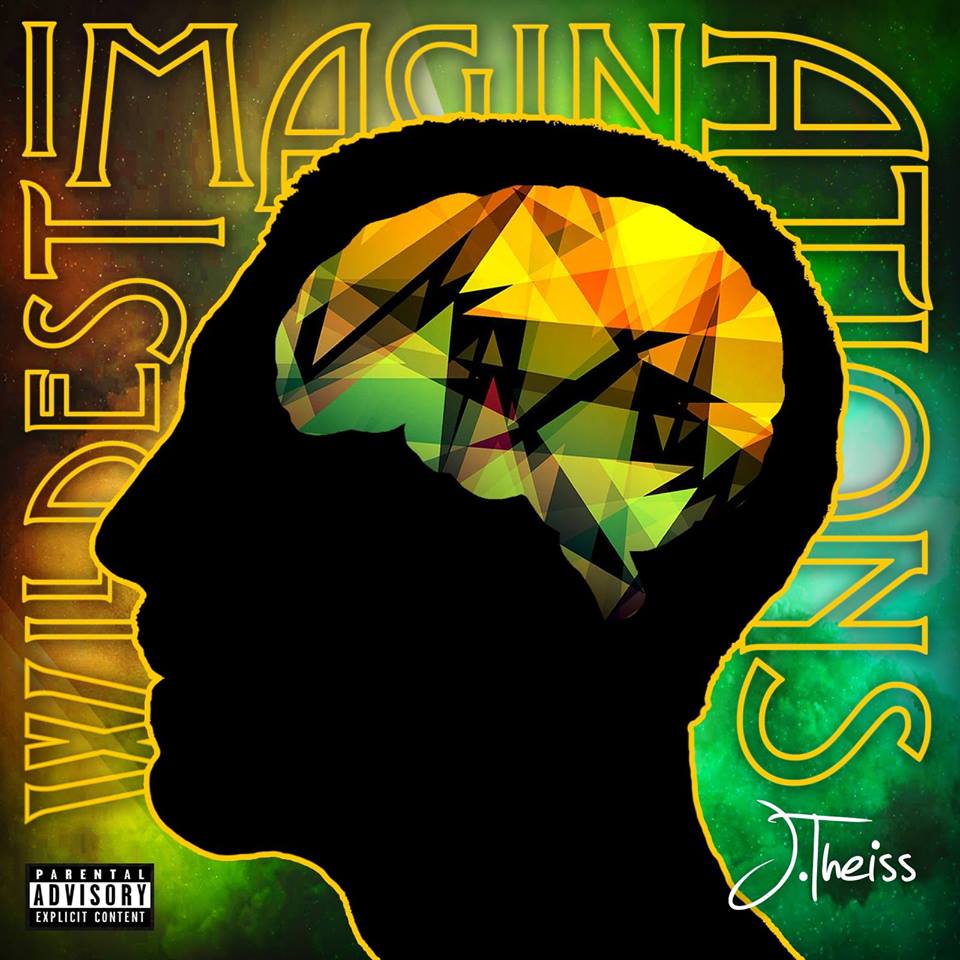 The first offering from Unlabeled Records artist J Theiss officially puts the artist and the label on the map. The six-song EP takes many different turns as it has a multitude of producers, but it comes together without a hitch. The album was recorded and engineered by Matt Peters, an engineer at Unlabeled.

The EP is what you’d expect from an artist breaking into the industry – it contains six very different tracks that give insight into who J Theiss is as a person and artist and provide a look at what fans can expect from the artist’s future releases.

The first song, titled “The Off Switch,” is a heavily electronic and abstract track. It opens the door to the EP and lyrically gives a scope into what the music means to Theiss. It’s the track that’ll have listeners bobbing their head. It was produced by VAlien out of Virginia, who Thiess said specializes in abstract and far out electrical beats.

Next up is “Mad Genius,” which features Steven Cooper. The production is super smooth, making this a good song to cruise to. While I’m not usually a fan of auto tune, it works for the song. Cooper goes back to his hip-hop roots for the track and really helps break up the song.

The gem of the EP is definitely “When Will.” The song really brings the EP together. It shows how much range Theiss has vocally, with solid rap delivery and Theiss singing the melodies for the hook. A super emotional song about love and relationships, the minimal production during the verses really let the lyrical delivery shine. Produced by Peters, the Spanish guitar and snaps really make the song stand out from the others on the album.

The slowed-down “Midnight Lullaby” has a lot of weight lyrically. The song gives a bit of an introspective look at chasing dreams. The production is decent, with the chimes and bells giving the song a bit of depth, but the song feels like the third track on every rap album.

“As Real As It Gets” feels like a ‘90s slow jam and really works with the rest of the album. Theiss is jumping on a continuing trend in hip-hop of combining strong rap delivery with a traditional vocalist singing the hook ala Kid Cudi and Michael Bolton on “Indicud” or Wiz Khalifa and Charlie Puth on the “Furious 7” soundtrack. The track is really nostalgic and is reminiscent of the feel-good music on the ‘90s.

The EP’s title track, “Wildest Imaginations,” is Theiss’ proclamation of himself as an artist. Definitely the club song of the album, it feels a bit pretentious lyrically until you refer back to the song’s title.

Overall, the first glimpse at J Theiss is a good one. The up-and-coming rapper has a world of potential and showcases his range with “Wildest Imaginations.” Four tracks on the album are purchased from different producers instead of made specifically for the project, but it works for the EP especially with “Mad Genius.” The six-song EP is worth checking out, and Theiss proves himself as a local Kansas City rapper worth paying attention to.

The EP will be available Friday, Oct. 16.