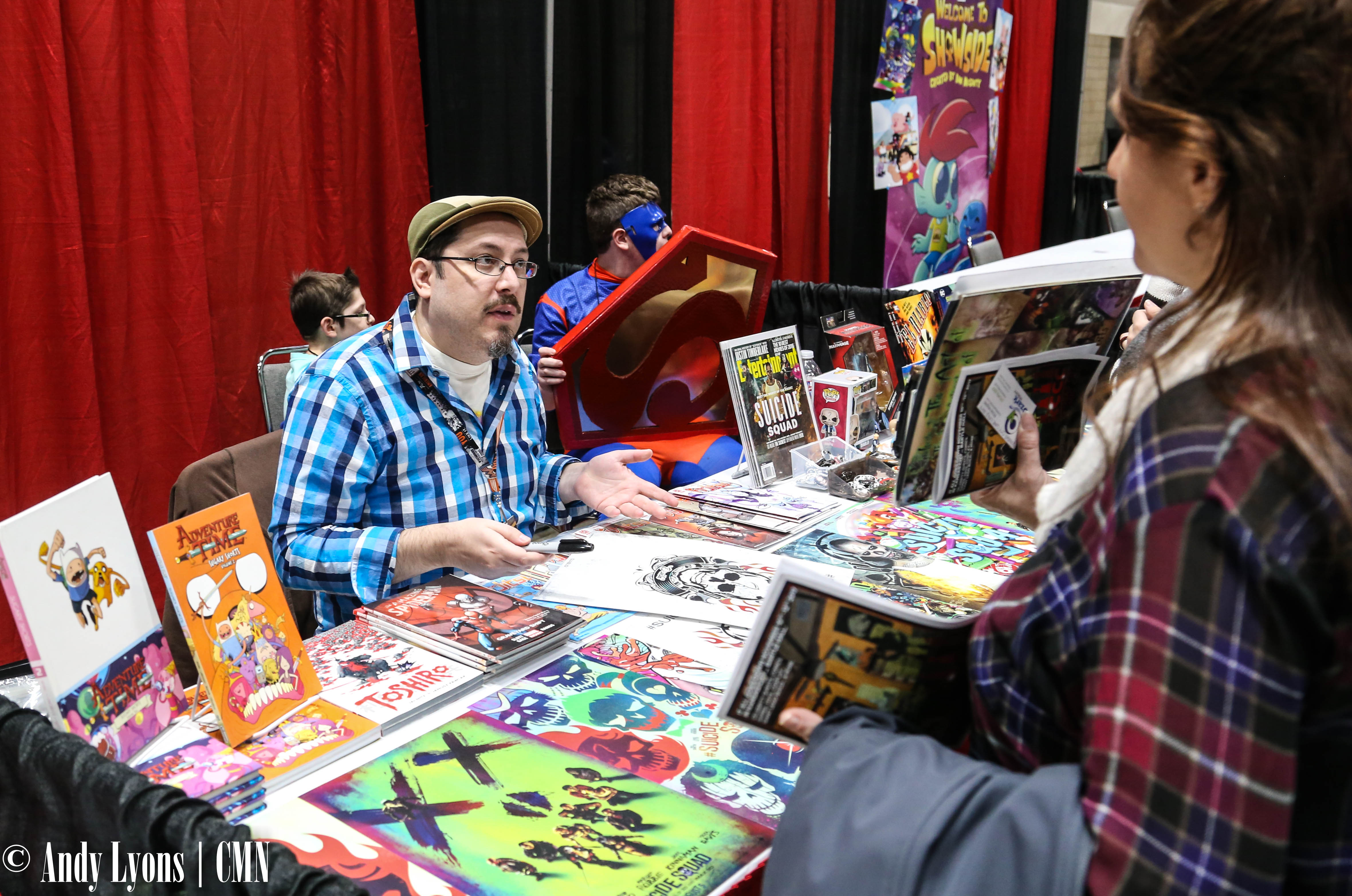 It’s common for characters to have several iterations in comic books. There are multiple versions of Green Lantern, Robin, and many more across the DC Comics universe and El Diablo is amongst the most popular today following the success of 2016’s “Suicide Squad” film.

The character debuted as Lazarus Lane in All-Star Western #2, in October 1970. From there the character’s second version was Rafael Sandoval in El Diablo #1, which came out in August 1989 and the current version, Chato Santana, made his appearance in El Diablo #1 in September 2008. The run was cut short, however, with a low launch of 12,000 copies that dropped through issues 4 and 5 with issue 6 being the worst-selling comic in the history of DC’s superhero titles.

Co-creator Jai Nitz was tagged to come back and write the character following the blockbuster success of “Suicide Squad,” and is continuing with a new comic debuting next year titled “Suicide Squad Black,” which sees El Diablo leading a team against magical threats from the DC universe. Nitz took some time at Kansas City Comic Con last weekend to tell CMN about the rollercoaster ride he’s been on with El Diablo.

“I knew it after we launched low and then the interest was very low in the book, that it was just way too far ahead of its time,” Nitz said of that fateful sixth issue. “I know that’s a quaint way of saying ‘oh I was better than you poor dumb readers,’ but readers weren’t ready for a Mexican superhero that had questionable motives. They weren’t ready for it at all. If you did it today with the best Mexican writer in comics and the best Mexican artist in comics and made it the most authentic that you could make it, it would still be me and somebody else making that same book. But I think the sophistication of the audience is at a place where they’d go ‘oh this is a little bit deeper than I thought it would be.’”

When it comes to picking up El Diablo again, Nitz said he’s writing a character he didn’t create. After he stopped working on the comic, writer Adam Glass took the character in a different direction than he wrote.

“It’s fun revisiting a character after it was in good hands,” Nitz said of Glass’ work with the character.

With a solid reception, DC green-lit another series that will see members of Suicide Squad face off against magical threats to the DC universe similar to Justice League Dark.

“I was directly talking to (DC Co-Publisher) Jim Lee… I was pitching a whole new book, I wanted it to be an ongoing, we had high hopes for it,” Nitz said. “And eventually it got whittled down to becoming a book called ‘Suicide Squad Black’ about a Suicide Squad team that dealt with magical threats. So it can be Suicide Squad Hogwarts, basically.

“It’s a team of magic users and the two main people that people would recognize if you’re a fan of Suicide Squad are El Diablo as the leader of the team and Enchantress is also on the team,” he continued. They’re the two main magic users in Suicide Squad anyway. But then we add Klarion the WitchBoy, Gentleman Ghost gets added, a character Azucar that I created in El Diablo Most Wanted gets added, and then another new character I created for Suicide Squad Black called Juniper is in the book.”

The team’s magic users have a wide range of powers and personality dynamics that make the team interesting and strong enough to take on bigger threats to the DCU.

“Gentleman Ghost is obviously a ghost, Juniper has magic powers that tie her to the green like Swamp Thing, El Diablo has fire-based powers, Azucar is more of a Day of the Dead character, Klarion the Witchboy is a young spellcaster and Enchantress is an older spellcaster,” Nitz said of the team.

“They all have a duality relationship, Enchantress and Klarion form kind of a Batman and Robin kind of relationship, El Diablo and Gentleman Ghost form a Riggs and Murtaugh relationship. Everybody has a tie together so it works; I’m very fond of it.”

There are a host of magical threats to choose from when it comes to the DCU, but Nitz described his process for selecting the comic’s villain.

“It’s a major magical threat to the DCU,” Nitz teased. “I had looked at all the magical threats DCU had and they were either world beaters or really lame so I wanted to make a middle-of-the-road character that was not strong enough to fight the Justice League on his own but not so weak that he could be defeated by El Diablo on his own. I looked at the characters that they had and I used a magic character that existed and made him into a villain for this story. But the question is, is he really even a villain or not because the Suicide Squad are all villains so maybe he’s a hero and they’re taking him down.”

“Suicide Squad Black” will be a six-issue run as part of a book called “Suicide Squad: Black Files” and will feature a story about Katana as well as a Black story. There’s no official release date on the series other than it will debut in 2018.

Nitz has also been busy working on his comic series “Fu Jitsu;” the first two issues are already available through AfterShock Comics. He’s also been working on Disney-Pixar’s “Coco” and “Frozen 2.”