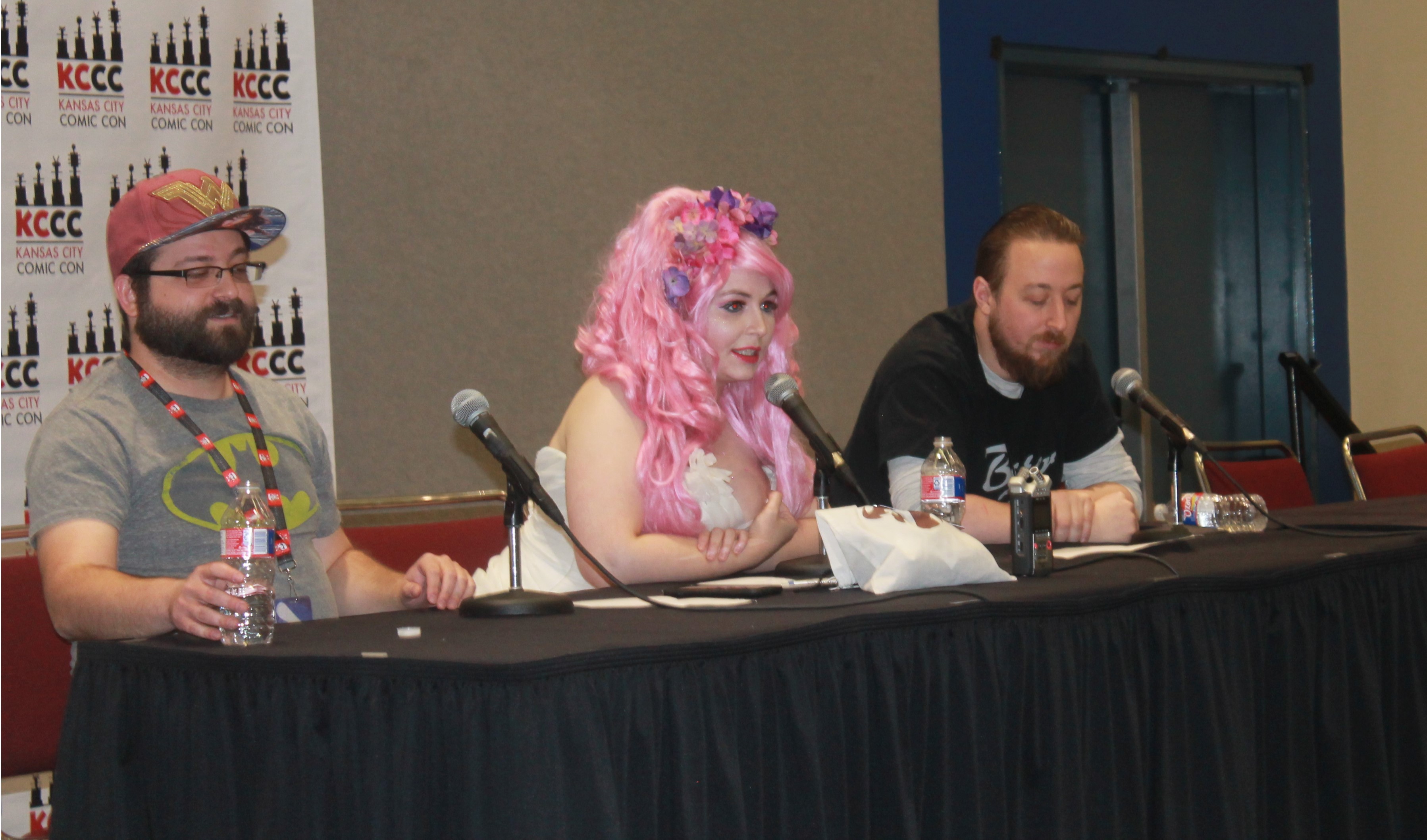 The legacy of Batman was present at Kansas City Comic Con last weekend – Burt Ward, who played Robin in the “Batman ‘66” television show was a celebrity guest, as was Lee Meriwether, one of three actresses who portrayed Catwoman in the series.

Whether someone likes or dislikes Batman, the influence of the Caped Crusader has had a longevity within pop-culture. The legacy is expansive and extends into multiple mediums. The first appearance of Batman was in “Detective Comics”#27 in 1939. Since then Batman has seen various incarnations in video games, radio, television and film. Because of the sheer bulk of Batman content, the subject of which incarnation is the preferred version is a subject ripe for debate.

With a plethora of Batman movies released, dating all the way back to the original Adam West 1966 movie, the commentators from Screen Heroes podcast, Rae Stewart, also known as Siryn Rae, Derreck Mayer and Ryan Couture, decided to have a panel to rank them, which took place on Sunday at KCCC. The films up for ranking were only the live-action Batman movies.

“The three of us are very opinionated and passionate about geekdom, so our rankings tend to be very argumentative, and that’s why we thought it would be fun for an audience participation thing,” Stewart said.

The panel ranking started with the last place first, which went to “Batman & Robin,” which hit theaters in 1997 and starred George Clooney as Batman and Chris O’Donnell as Robin.

“Batman & Robin is generally agreed to be the worst,” Mayer said.

“Batman Forever” also ranked lower on the list, coming in at number six, one notch above “Dark Knight Rises.” Mayer took time to elaborate on the disdain for “Batman Forever” and why it fell short in the ranking, much attributed to shift in tone in the franchise as Joel Schumacher replaced Tim Burton in the role of director.

“’Batman Forever’ began what ‘Batman & Robin’ finished,” Mayer said. “It began taking the tone of the Tim Burton movies, which was a little darker, a little less kid friendly, and making a movie to sell action figures.”

During the panel, much spirited debate took place. As Mayer commented on a shift in tone concerning “Batman Forever,” he also noted a tonal shift from Burton’s 1989 “Batman” to “Batman Returns,” arguing for why it shouldn’t be placed in top ranking.

“Batman Returns is a very weird film,” Mayer commented “Danny DeVito takes that character (The Penguin) and makes him into a creature that he’s never intended to be. From a tonal perspective I think ‘Batman Returns’ sort of went off the rails. It went from being dark to just really Tim Burton crazy and creepy.”

“You say that like there’s something wrong with it,” Couture replied.

“I don’t think there’s anything wrong with it,” Mayer added. “‘The Nightmare Before Christmas’ was one of my favorite movies of all time, but from a Batman perspective (‘Batman Returns’) feels the least Batman.”

Stewart noted “Batman Returns” was her favorite Batman movie, and she was inspired seeing a strong, powerful female lead in the form of Michelle Pfeiffer as Catwoman.

The movies are just one component of the Batman experience. In the fall of 1992, “Batman: The Animated Series” debuted. It was a ground-breaking series that in tone had next to nothing in common with the campy 1960s “Batman” and more in common with the grim and gritty depictions of Batman in the 1980s.

On Saturday evening, two men who were a part of the creation process of “Batman: The Animated Series,” – Mitch Brian, who was a writer on the series, and Todd Aaron Smith, who was an animator on the show, were part of a panel titled “The Animated Series at 25,” which was captured live for the “Fanatics and the Fan” podcast hosted by Hawk Holman.

Brian talked about the then emerging direction for “Batman: The Animated Series” when still in the development stage.

Brian explained how making a cartoon that is more in alignment with the grittier depictions of Batman was not always easy.

“We had epic battles with standards and practices people,” Brian said. “In my first episode, ‘On Leather Wings,’, Batman bleeds, and they went crazy, and they were like there will never be blood on the show again. It was a real challenge, because nobody thought about animation for teenagers and adults.”