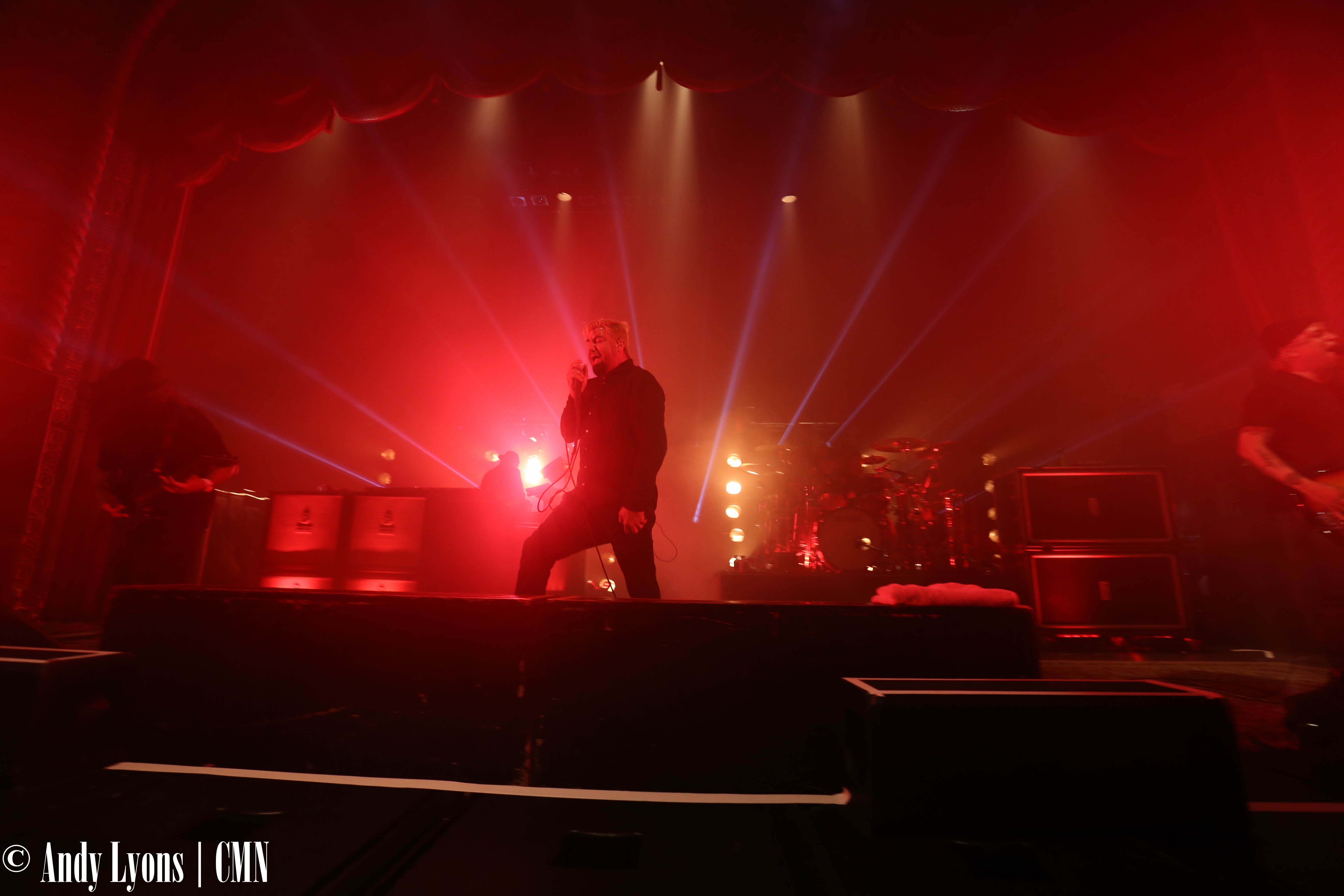 Kansas City was treated to a ‘90s throwback show Friday night as Deftones rocked the sold-out Uptown Theatre with support from up-and-coming thrashers Code Orange. Deftones played songs relatively unheard live from their second album “Around the Fur” while Code Orange kicked the night off by playing a set that could stand with punk legends Black Flag.

The Uptown started filling up just before Code Orange took the stage, with people packing the pit area in front of the stage shoulder-to-shoulder. When the band hit the stage, the crowd seemed rocked back onto their heels at first, but quickly warmed up to the intensity of the band. The band members are relatively young, but their age didn’t matter as they masterfully played their respective instruments and bounced vocals between three members with bass player Joe Goldman going into a frenzy – running, leaping, kicking and spinning back and forth across the middle of the stage.

In no time the crowd was moshing and body surfing, letting themselves go to the music. It was really unexpected to see, as beforehand fans could be overheard talking about their unfamiliarity with the band or their music. But by the third song the crowd was completely immersed in the set.

The stage area filled up even more, spilling into seating aisles building up to Deftones taking the stage. The band hit the stage to recent single “Hearts/Wires” playing over the PA system before erupting into heavy hitting “Rocket Skates.” The setlist included tracks from a multitude of albums including tracks that don’t typically make it to the live show including “Rickets,” “MX,” and the title from the 1997 album “Around the Fur.” They also played “What Happened To You?” the closing track from 2012’s “Koi No Yokan,” a song that hadn’t really been a part of their live set until this tour.

Deftones played a set that kept the intensity up. Guitarist Stephen Carpenter’s axework was the lifeline to the set, and frontman Chino Moreno was consistently running and hopping around the stage, jumping into the crowd or leaning down to high five fans – the band never let up. Even slower tracks such as “Rosemary” and “Rubicon” felt a bit heavier. Moreno worked the crowd, even replacing the lyrics to “Rubicon” from “the crowd goes wild” to “Kansas City goes wild” with the crowd erupting every time.

Deftones are a band that has survived the test of time; their music has matured with their fan base. Earlier albums are very gritty and in-your-face and mellow out as they progress, as evidenced with their latest album “Gore.”

It translates to their live show very well, with fans getting a mix of super heavy tracks such as “My Own Summer,” “Prince,” and their encore go-to “Engine No. 9.” They sprinkle in a bit of their mellower repertoire with “Rosemary” and “Change (In the House of Flies)” but don’t shy away from hitting the stage in a fury and never taking the foot off the gas.

The live Deftones show gets better year after year, a sign the band is in it for the long haul. The crowd at the Uptown Friday ranged in age from teenagers to grey-bearded men, showing the band hasn’t lost its appeal and solidifying their place as one of the legendary bands that rose in the ‘90s.