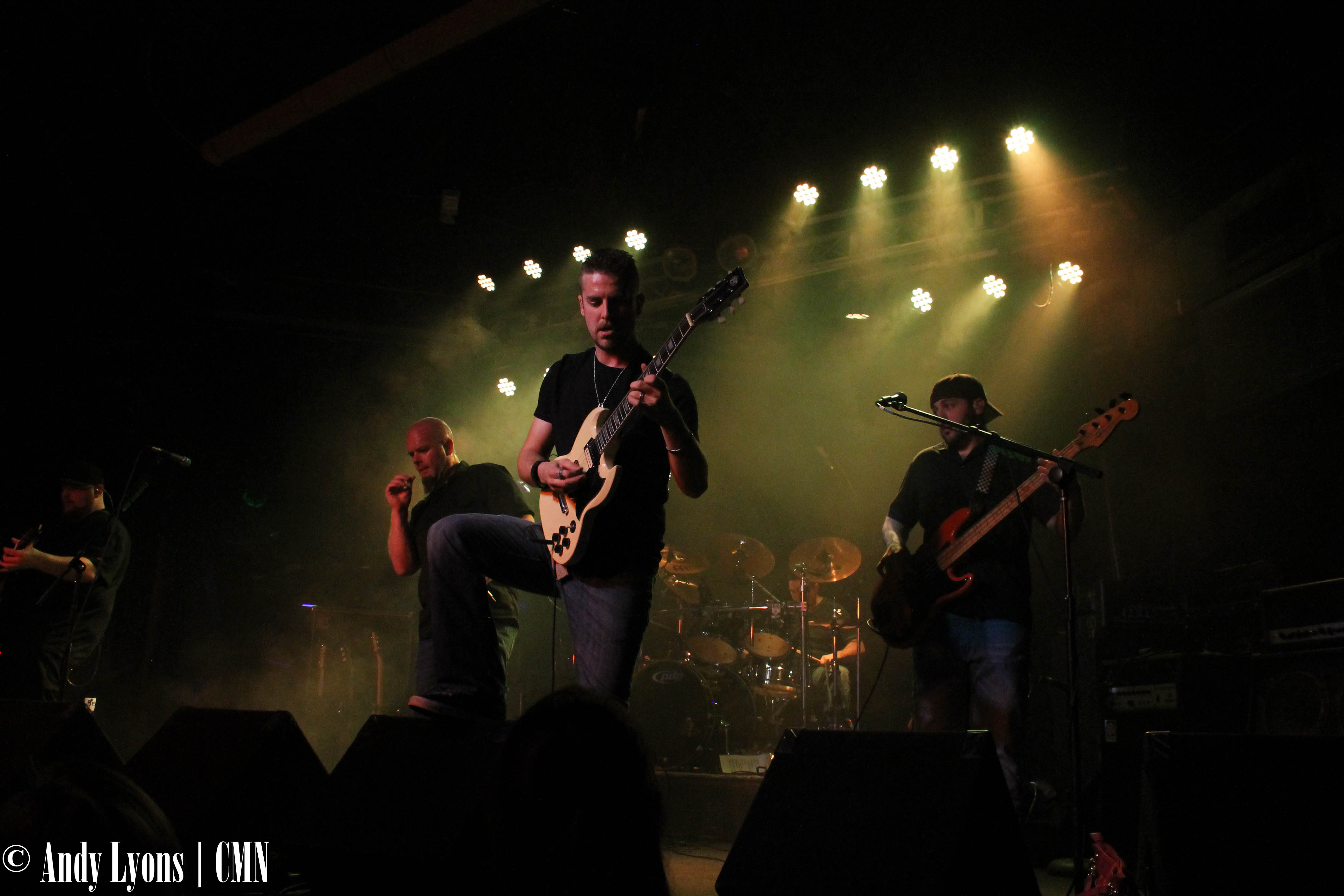 Despite their lead singer battling the flu, Hannibal, Mo.-based Flatfoot Reed advanced on The Road to Pointfest Session 3 in late February. The band went home and began fine-tuning their live show, knowing they’d be at a disadvantage playing far from home in St. Louis at the legendary Pop’s Club.

After an intensive social media campaign to build up their fan base, the band hit the stage March 26 ready to jam. Flatfoot Reed delivered a show that rivaled that of major label bands on national tours. The group played like they were on their “Greatest Hits” tour rather than a band about to release their second EP. Since the winners have been announced and the group isn’t advancing, they have shifted focus to the release of their upcoming release.

The group seemed at home during the show – vocalist Paul Dewey worked the crowd seamlessly with guitarists Ben Beilsmith and Scott Donegan, delivering the goods and turning heads as fans for the eight bands competing filed in and filled up the seating areas of the venue.

The group played through their first EP and threw down tracks that will be available when their in-the-works second EP debuts early this summer. About halfway through the set, while the rest of the band was retuning their instruments, Dewey donned a cowboy hat and wished attendees a “Happy Easter” while tossing out goodie eggs filled with free downloads, T-shirts, and other swag.

While prepping for the second show at Pop’s, each member mentioned how they were focused more on just playing. After the first round, it was apparent to the group their fanbase from Hannibal would be unable to make it to Pop’s, which is more than 100 miles away. Instead of dwelling on the disadvantage, the group made it a point to fine-tune their live show and focus on gaining new fans by performing well.

“The feedback we got back after the last show from people who didn’t know us, they were impressed with our vocal harmonies and liked the way we sounded,” Donegan said before the March 26 show. “I’m pretty confident going into this that our sound will be better than anyone else’s. We’ve worked on fine-tuning our sound to make sure it’s good.”

Donegan also noted the other bands were heavier than FFR, but said “just being different from the herd will be beneficial because it will help us stand apart.”

The group didn’t advance beyond the second round, but while bummed they won’t be featured at Pointfest, the group is taking the experience as a positive. While working on the finishing touches of their second EP, drummer Mark Van Winkle will be having surgeries on both wrists for carpal tunnel. The group plans to master the EP before loading up their summer with live shows – a plan that includes moving from northeastern Missouri and hitting venues in St. Louis and beyond.

CMN recently talked to the band via Skype and a conference call, with Beilsmith, Dewey and Donegan weighing in on topics such as how the band puts material together and the outlook on their careers.

In the weeks before the show, Beilsmith mentioned how he takes each live show in stride.

“I try to look at every show the same, but mentally I just try to do what I do and hope I don’t mess up,” he said. “All of us are at the point in our career, musically, if you can call it that, where we can hold our own so it’s just a matter of … we’re all to the point mentally and maturity level-wise where we practice our parts, we know our stuff. We just go out there and do it, have fun.”

Prior to working on their Fall EP, which debuted in November, the group was a cover band hitting bars in Hannibal, Mo. and Quincy, Ill. The shift in the music to playing original songs has kick-started a shift in the fanbase as well.

“Once you stop playing covers and start playing originals, one of the most rewarding things for me is having somebody come to more than one show and then come up and say to you afterwards ‘now that your EP is out and I’ve listened to it and I know the songs, I’m really enjoying the shows even more because now I can sing along and I know the words, and I can tell when you mess up,’” Beilsmith said.

“It’s just neat to know there are people out there paying attention. Winning (the first round), for me, it just felt good to get the recognition for all the effort.”

Beilsmith and Donegan were formerly in a heavy metal band together and a lot of the music Flatfoot Reed works on comes from extensive backlogs of music. Donegan said he has more than 10 songs the group can work on – they can take the existing songs, have each member put their own take on it and put forth cohesive music from the group. At the same time, Donegan mentioned a big shift from his former projects to what the focus is for FFR.

“The effort that we put into (the band), and the idea is that we’re trying to be marketable,” Donegan said.

Part of that marketability is putting on a good show and the group focused on the show at Pop’s as a launching pad for their future endeavors as a group.

“Pop’s is where it happens,” Donegan said. “This is the real deal and (the staff) lay it out like that.”

The group was well aware of the stiff competition going into the show, and maintained high expectations of advancing. Regardless, the group was primarily focused on new fans.

“I’m not worried about the payoff, not until that’s happening,” Dewey said. “It’s stupid to say you’re not playing for exposure. We’ve been focused on building our presence on social media so at the very least we’re hoping to turn on new fans and keep the ball rolling.”

The group is expecting to release their second EP in late May or early June. For more information, check out FFR’s website here. Follow them on Facebook here. Check out their “Fall EP” via Spotify below.