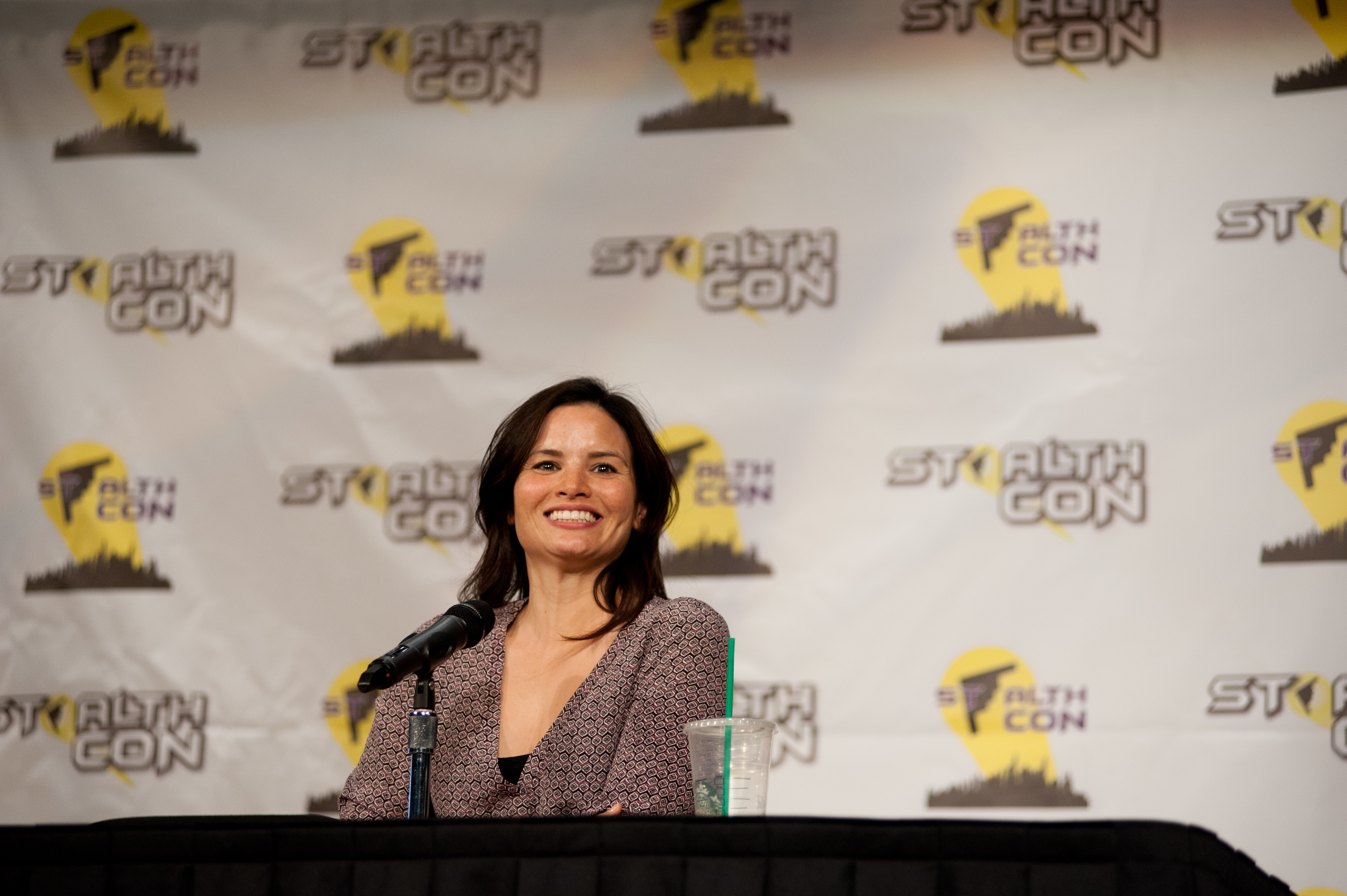 Editor’s Note: For our preview of Stealth Con 2017, click here.

WARRENSBURG – Superheroes and villains took over the Elliott Student Union at the University of Central Missouri during Valentine’s Day weekend as cosplayers and comic fans descended on Warrensburg for the inaugural Stealth Con.

The convention was geared toward fans of science fiction, comic, books and fantasy in many manifestations and forms, from TV to movies, to table top gaming. There was something there to suit a variety of tastes, from celebrity guests and panels, to an assembly of vendors. The name of the convention itself was due to the event being sponsored by Whiteman Air Force Base in Knob Noster, Mo. The main organizer of the event was enlisted Airman Joshua Bailey.

“We wanted to come up with a name that both represented the base but also kept that con feel,” Bailey said.

Bailey said the origins of the convention came about through an observation that many of the base’s airmen travel to Kansas City and beyond to attend conventions, and he saw an opportunity to host a convention in the local area.

One of the main attractions of the convention was the edition of celebrity guests. As the date drew closer, more guests were added. The roster, when finalized, included a total of six names – Casper Van Dien, noted for his role in “Starship Troopers;” Ernie Hudson of “Ghostbusters” fame and a plethora of other movie credits; Katrina Law, from the TV show “Arrow;” Camilla Luddington, known from the TV series “Grey’s Anatomy” and the voice of Lara Croft in more recent versions of the “Tomb Raider” video game series; and David Yost who played Billy, the blue ranger from the ’90s sensation “Mighty Morphin Power Rangers.”

Bailey identified both Hudson and Law as standout names during the convention.

“Katrina has done an awesome job,” he said. “She is so personable, so folks have just kind of flocked to her booths and photo ops and just really wanted to get a chance to meet her, and she’s so genuine. Then when you throw a name like Ernie Hudson out… That right there got a lot of folks’ attention as well.”

Along with the celebrity guests, rows of vendors lined the Elliott Student Union ballroom area, hawking their wares, which included comics, collectible action figures and original art. One vendor’s booth stood out in an eye-catching, three-dimensional form – Tony Ackerman’s Cos Props. He runs a DIY special effects studio specializing in concept design, sculpting, foam fabrication, silicone and latex molds, stone and resin casting and airbrushing. His booth was decorated with highly-detailed, lifelike sculpted molds, most of them of the creature from the movie “Predator.” The resemblance was spot on, down to every detail. 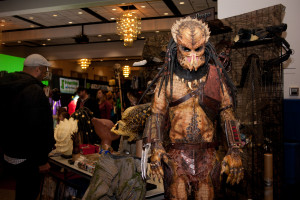 (Photo by Chelsea Kane) A look at the Tony Ackerman Cos Props booth at Stealth Con.

What started out as Halloween fun grew into a business for Ackerman. He has had some of his products used in low-budget movies, but he also does a lot of individual orders for cosplayers.

“We just got done doing a Captain America helmet, and it was custom for a guy who does a lot of fundraising work, and (the price) was about 450 bucks,” Ackermen said.

Ackerman said he has recently seen an increase in business, which he attributes to the growing popularity of cosplay.

“People are really getting into doing the costume stuff, comic book things,” Ackerman said. “Now that all the mainstream cosplayers are out there, now (customers) are getting stuff that’s really elaborate, or intricate, or grittier.”

Not all of the booths contained items for sale. Matthew Clark was at the Planet Comicon booth as a representative providing information and fliers about the upcoming Planet Comicon. It is Kansas City’s largest comic book and pop-culture convention, scheduled for May 20-22, with a list of major guests including Stan Lee of Marvel Comics fame. Clark noted a contrast and similarity between a major con and a con in a smaller area. He said Stealth Con reminds him of KC’s Planet Comicon when it first started in the late ’90s.

“Every year is going to get a little bit bigger and a little bit better,” he said. Clark added that he believes the growth of these types of conventions help to foster acceptance of forms of entertainment that were once stigmatized.

After the two days, Bailey tallied the number of attendees at around 1,750.

“Right under 1,000 when you include all personnel working on Saturday and 750 on Sunday,” he said.

Bailey said he would love to bring Stealth Con back to Warrensburg next year.