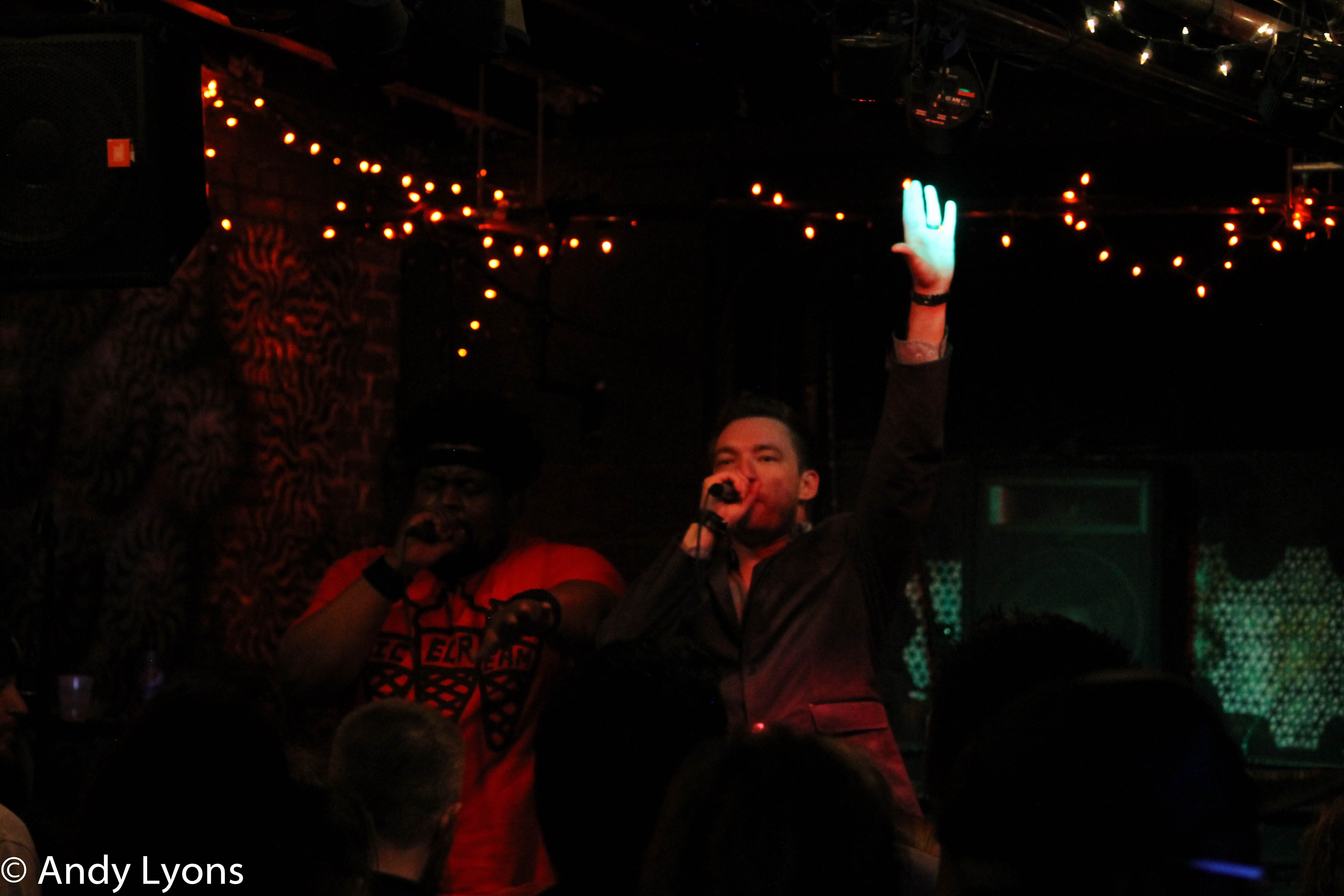 Steven Cooper plays for hometown crowd at The Bay

Posted By: Andy LyonsPosted date: May 06, 2015in: Entertainment, ReviewsNo Comments

While Cooper isn’t quite a household name, his music has quite the reach. His song “Born To Do” was used on ESPN during the Pro Bowl 2015 and ESPN Draft Academy. His song “Bigger,” which features R&B singer Akon, is used on the MLB Network promos and during games. “One Night Out” has been featured on VH1’s “Love & Hip-Hop” show, “Good Time” was used on ESPN during the women’s volleyball championships, and “I Can” was featured on MTV’s program “Catfish.”

As the openers played, The Bay filled up, with patrons standing should-to-shoulder to get a good view of the hometown talent. Cooper, a Warrensburg High School alumnus, was chatting with guests before he took the stage late in the evening.

The first person on stage was the multi-talented DJ Lee, who used a looping audio interface to record himself making different sounds and melodies and looping them back. He was one of the only surprises of the evening, with a soulful voice that matched his looping audio perfectly as he sang covers of songs such as The Temptations’ hit “My Girl,” Ben E. King’s “Stand By Me,” and “Let Me Be Myself” by Sly & The Family Stone.

J. Cron had the delivery and stage presence of a professional, but when he brought a female vocalist to the stage for an accompaniment her microphone wasn’t live – several in the audience were a bit dismayed as no one could really tell until she tried singing a harmony toward the end of the track and her voice didn’t come through the speaker system.

The rest of the openers have a lot of work to do. J. Theiss had a delivery style on par with Eminem, and hopefully with some development or tips from Cooper he moves away from the statuesque performance he gave Saturday night. For an up-and-coming rapper the delivery was solid, but it seemed he may not have been ready to perform live. Or maybe it’s just his style to stand there with one arm wagging. The possibilities are limitless for an artist without an album out.

The tall and lanky Skeeze was nearly a carbon copy of Snoop Dogg. He had tight braids, a low hat and sunglasses on. The big surprise was his voice. He had a soft, soulful voice comparable to R Kelly. The interaction with the crowd made his performance.

Last up for the night was Cooper. The crowd went ballistic for their friend, and he made it a point to high-five people in front of the stage and was constantly talking about his time in Warrensburg. Cooper, who was dressed business casual for the show, had a surefire delivery style but moved around the stage quite a bit and was involved with the crowd from start to finish.

Lee joined him on stage for the set and the two together seem a musical match made in heaven. Lee’s rap style was quite different from the performance earlier in the night, but he really anchored Cooper’s set by both adding a deeper tone to the music and his on stage antics added that much more.

While I was relatively unfamiliar with Cooper’s set list, it was easy to get into his music. He performed his song “Bigger,” with Lee filled in with Akon. The crowd went wild during “Born To Do,” either knowing it from Cooper or recognizing it from ESPN. Cooper had rapper J. Cotti hit the stage for two songs, “Better Than Ever” and “I Can Do Anything” from an EP the pair did together titled “Coop & Cotti EP.”

Cooper was clearly used to performing his music live, as he’s recently been touring different parts of the country. His sound seems to have evolved a bit since he played at The Bay in the fall, his bravado on stage a more natural part of his show. As off-putting as it is to hear music channeled through a laptop computer versus a live accompaniment, the production quality of Cooper’s music was good, and balanced at a level that perfectly synced up with he and Lee on the microphones.

It’s a nice surprise from a Kansas City music scene lacking in quality artists and performers to see Cooper take his talent on the road to places like Warrensburg. Cooper’s tour continues with a show Friday, May 8 in Portsmouth, Ohio, and May 14 at the Throne Room in Chicago.