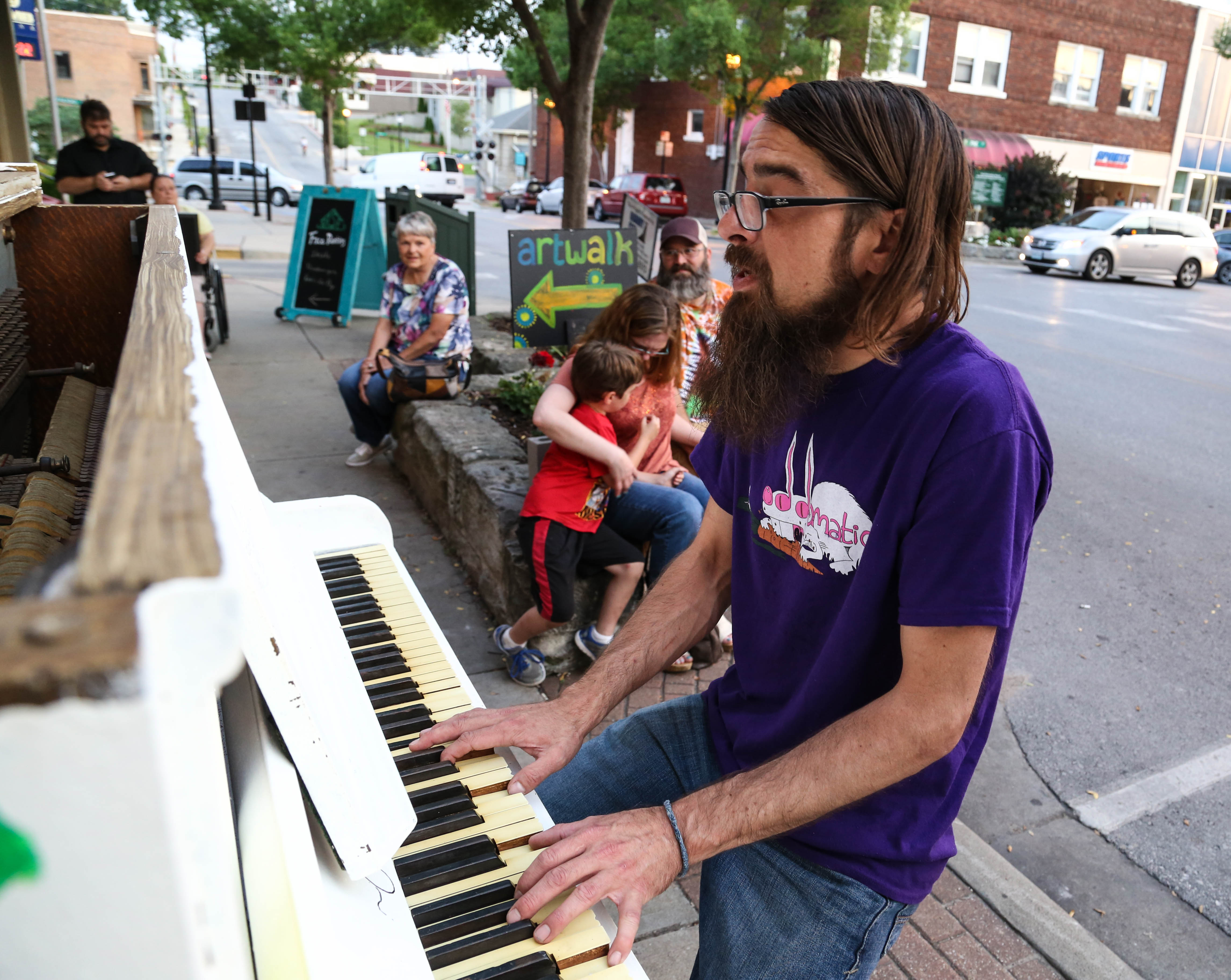 The Booking Life of Jay Linhardt

2017 through 2018 turned into a tumultuous time for Jay Linhardt.

He has a love of music and the arts, and he tenaciously strives to further build a greater presence concerning the arts and music in Warrensburg, Mo.

A number of ventures he’s been involved with have imploded within the span of a year. After the implosion, he didn’t spend too much time resting on his laurels. He bounced back to something else, staying his course.

After years on Pine Street, The Bay closed its doors at the end of June 2017. Linhardt had a stake in The Bay, starting out in the role of the venue’s sound tech. Toward the later stages of the club’s existence, he had more of a hand in booking bands. Linhardt said booking is actually his least favorite factor concerning what he does.

It was while on the road with Molly Gene One Whoaman Band, years before, Linhardt observed and took note of what he was seeing and encountering in other areas.

When re-settling back in Warrensburg, he went to work implementing some of the ideas he picked up on the road, such as having two performance rooms, two stages at The Bay.

After The Bay closed, Linhardt’s next venture was the Gallery Artist Collective, often referred to as “The Gallery.” The small art gallery was open for a handful of months and contained the work of local artists.

A lack of financial support from the community led to The Gallery’s demise in February.

Lindhart said success can be measured by more than money. He is of the opinion that the fact an art gallery was open in Warrensburg, even if for a limited time, amounts to a form of success.

“When you are trying to create a culture that doesn’t exist, you have to understand it’s not going to make money,” Linhardt said.

As The Bay and The Gallery both fell by the wayside, Linhardt continued his work with organizing the First Fridays Art Walk taking place in downtown Warrensburg monthly.

Attendance at First Fridays has waxed and waned since the project first came into being last spring, but Linhardt carried on, whether the music and art was featured outside or inside during the winter months.

In the spirit of the outdoor festivities of First Fridays, Linhardt has booked an outdoor concert scheduled for Friday, but the focus isn’t on localism. He’s booked James Leg, a national touring singer/pianist/keyboardist who has a fire-in-the-belly sound in the spirit of old blues and the original rock and roll.

Linhardt found out about James Leg via Molly Gene. Linhardt later met Leg, and he now expresses an admiration for his music.

“To me, he’s one of the best touring musicians,” Linhardt said.

The event was booked as an outdoor event due to necessity and Linhardt’s willingness to travel a non-traditional path when booking bands and musicians.

Without a live music venue in Warrensburg, alternate locations are now sought by Linhardt.

Linhardt said he believes that in a changing musical climate, in order for what he called “mid-tier” bands to have places to play, more people will have to be willing to entertain non-traditional performance locations beyond standard rock clubs.

He said he would be willing to have musical events at Cave Hollow Park. If it came down to it, he would book bands to play in his living room.

View a Facebook event for the James Leg concert by clicking here.