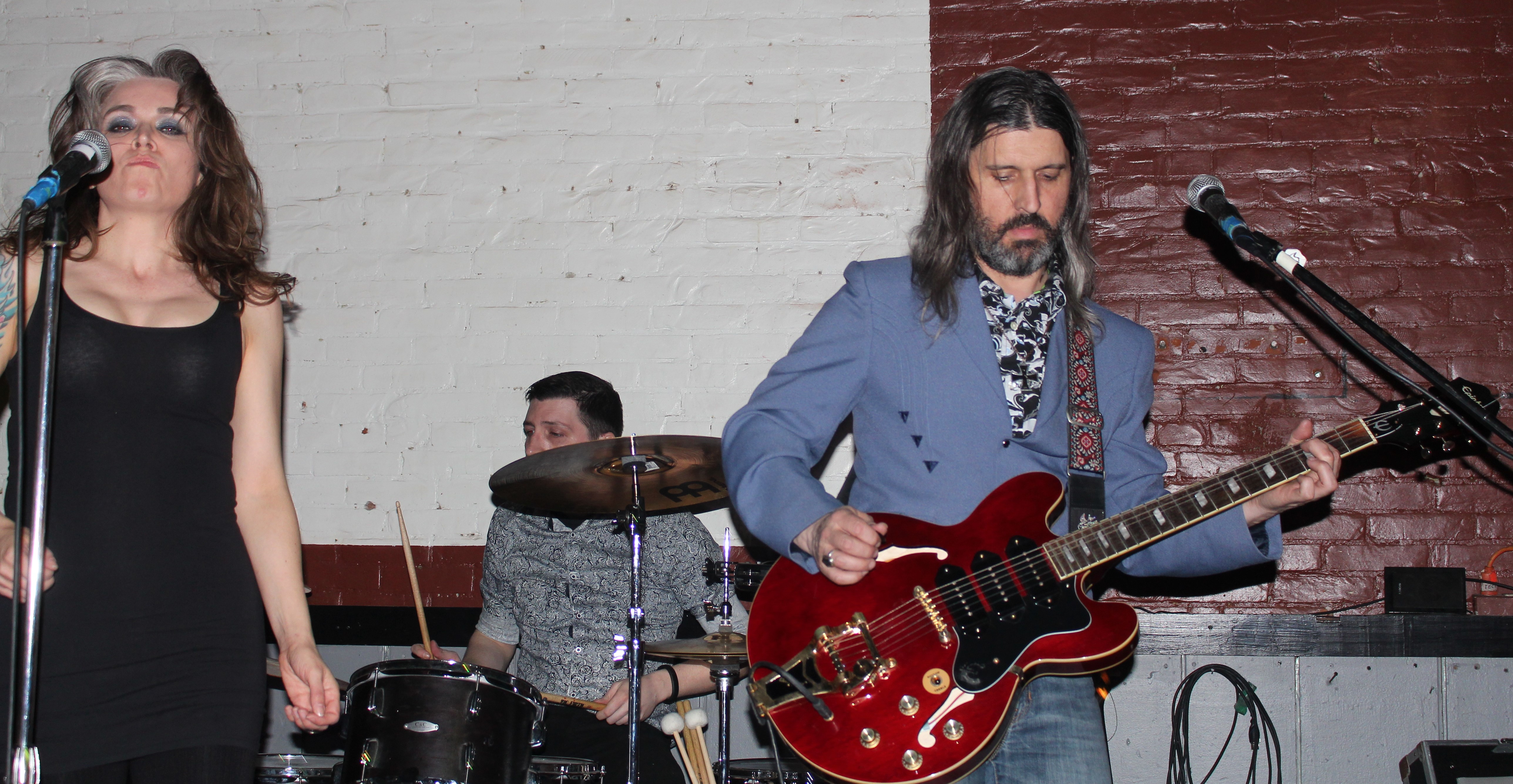 The Philistines land at The Bay

The purveyors of musical merriment at The Bay in Warrensburg, Mo. have been bringing in more notable acts lately. A quick scan of their website’s concert calendar regularly reveals the names of established Kansas City, Mo. musicians. Some of the same acts getting airplay on 90.9 FM The Bridge and holding court in Westport at the annual Middle of the Map fest are also floating east on I-70 and docking at the Bay to play for the University of Central Missouri’s college population and long-time locals.

The weekend of March 4-5 was an example of just that. On Friday, the Architects and Not a Planet emerged onto Pine Street. I wasn’t there for that show, but I heard the echoes of it from my apartment. Earlier in the week, I had decided I would see the Philistines instead the next night. Two nights back to back of going out? That’s not a realistic option for me anymore. I’m not 21 or 25 anymore, and given my workaholic nature combined with moving closer to the closing stages of earning my degree, I would feel guilty if I took a trip to bar-land two nights in a row, so it came down to one or the other.

I was curious about the Philistines, and a couple days before the show, I checked out a few YouTube clips that impressed me. The guitars jumped out at me, but an online video is not truly an adequate means to fully experience a band. You have to be there to feel it. Video did indeed kill the radio star, and the World Wide Web made any song available with just a few keystrokes, but the power of live rock n’ roll is most alive in an up close and personal form. For me, attending the church of live sonic amplification is still the cure for what ails, so after clocking out from Warrensburg’s most overpriced Neapolitan pizza shop, I made my way to The Bay. (It’s all within walking distance) As I walked in, I was greeted by the sound of heavy, grove laden blues based rock of the Bends. They definitely knew what they were doing.

My ears were glued to the guitar. Within the playing style of guitarist/lead-vocalist Curtis Ebert, I heard a little bit of Tony Iommi, a little bit of Jimmy Page and a little bit of the blues. Then next came the Philistines. I knew this was going to be something good. What would it feel like to be enveloped by “Interstellar Rock n’ Roll?” As the quintet took to the stage the first thing that struck me again was their guitar sound. It was loud and noisy, in a good way, like being hit with a wave of other-worldly sonic distortion, as the dual guitars had a swirling sound with a psychedelic and experimental influence present, sprinkled with healthy doses of echo and reverb.

The drummer had a quick wristed syncopated beat style, reminiscent of Bloc Party and Gang of Four. Leading the aural onslaught was lead singer Kimmie Queen. To say she has a commanding, compelling stage presence would be an understatement. It was as though I was watching a woman possessed by the spirit of a banshee. Her stage movement was nearly constant, from start to finish. She owned the stage, with her movements alternating between stiff robotic like motions, to lurching and luging forward, to going into what resembled a trance-like state, sometimes bearing a passing resemblance to both Exene Cervenka and Lydia Lunch, but with a style all of her own. Queen would belt out notes with an equal blend of ferociousness and melody, and they seemed to linger and hover in the air like an auditory mist.

The band’s performance felt at times operatic in its magnitude. Throughout much of the Philistines’ set, I was left trying to process what I was seeing and hearing – I’d never seen or heard another band quite like this. After their set was over, I made sure to talk to some of the members and buy a two song demo CD. The show marked the band’s fifth time playing the Bay, and it was their first show of 2016.

I was surprised that the band’s first show of the year was in Warrensburg instead of KC. Rod Pearl, the bands’ guitarist, said the Bay presented a guarantee to the group. In pointing out the difference between playing a major city versus a smaller town, Pearl said that playing in front of six or seven people who are really into the music can be just as fulfilling as playing a larger venue. Steve Gardels, the Philistines’ drummer, was in agreement and said playing at the Bay is just as enjoyable as playing the Tank Room in Kansas City.

“The staff at the Bay is awesome,” Gardels exclaimed.

He noted an advantage of playing a smaller area with limited entertainment options is that some of the audience is people who wander in out of curiosity.

For more information on The Philistines, check out their website here.