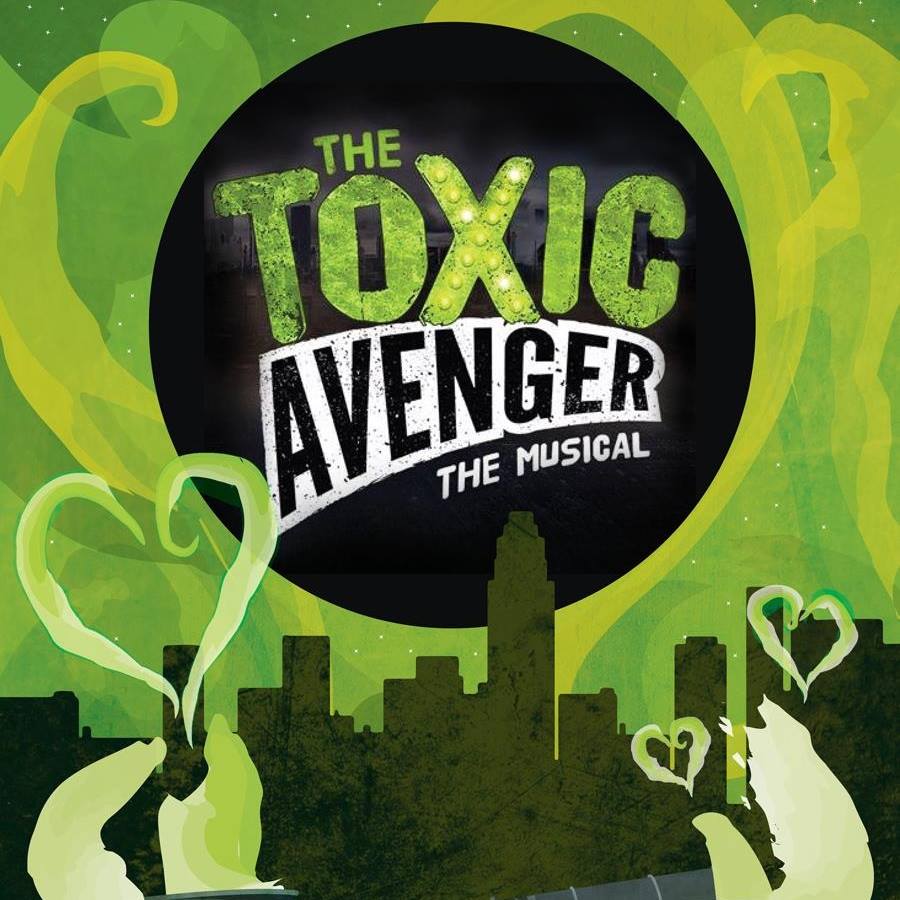 The University of Central Missouri’s Department of Theatre and Dance has been known to occasionally dabble in the unconventional.

In 2014, the department presented a gender-blind version of Shakespeare’s “Julius Caesar,” a production that saw a number of female students playing some of the roles of male characters. In 2016, the critically acclaimed “Avenue Q “was performed at UCM.

This spring, the tradition of the department’s embrace of the unorthodox continues as “Toxic Avenger: the Musical” will be performed this week.

The original source material dates back to the glory days of VHS, as “The Toxic Avenger” movie was released in 1984. It’s the story of a weakly janitor nerd who is bullied and harassed and eventually falls into a vat of toxic waste, which endows him with super-human size and strength. He then embarks on a quest for vengeance, first hunting down petty criminals and then taking his fight to a corrupt city government.

The movie was the creation of Michael Herz and Lloyd Kaufman and became the flagship film of Troma, a movie company that became known for low-budget fare in which gore, sex and violence, along with slapstick comedy, merged together. Such Troma movies includes “Surf Nazis Must Die,” “Class of Nuke ‘Em High” and “Sgt. Kabukiman, N.Y.P.D.”

John Wilson, chair of UCM’s Department of Theatre and Dance, explained how a production like “Toxic Avenger” fits with the overall outlook of the department.

“I think we are always looking for balance in what we offer,” Wilson said. “There are some years in which we will be very traditional, other years we might try newer works. The ideal season always seems to be a mixture of both.”

Wilson also said that at the heart of the department is a search for good literature and stories with the highest amount of honesty and expertise.

As if a musical based on a Troma movie wasn’t unique enough, a number of other special features are also part of the production, including a guest director from out of state.

“With Dr. (Julie) Mollenkamp on sabbatical, the department knew we would need a guest director for her spring directing slot,” Wilson said. “We also end our season on a musical, every other year. Associate Professor Ashley Miller-Scully had worked with Steve Barth, the Artistic Director of Crane River Theatre, out of Nebraska, and we thought he would be a great collaborative fit for our students and faculty.”

Another unorthodox factor at play is that a small cast will be playing multiple characters, with multiple costume changes throughout the production.

“One change that Steve discussed with myself and the production team was breaking up the large number of parts two of the actors play by adding an additional two actors. So our version is a cast of six,” Wilson explained.

Barth said “Toxic Avenger: the Musical” is perfect for a college audience, due to the fast-paced, high-energy feel of it.

He also said the movie contains an underlying theme of acceptance, and the musical, like the movie, is unapologetic concerning its content.