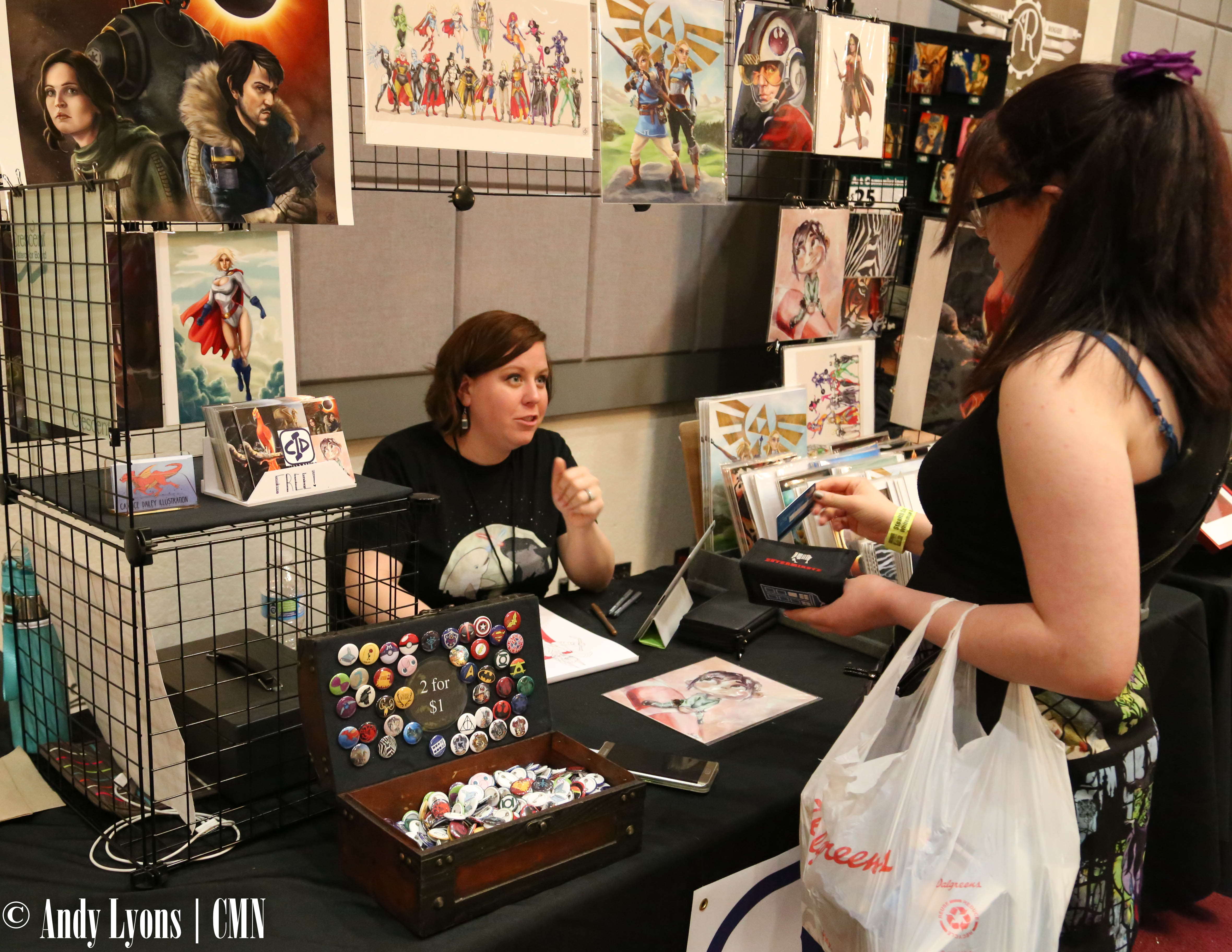 Returning to one’s stomping grounds can be bittersweet. For University of Central Missouri alumna Candice Dailey it was all business.

Dailey had a booth as an art vendor at Stealth Con over the weekend, setting up shop with custom prints of a myriad of pop culture characters from Zelda and Link to Vanellope von Schweetz. It was Dailey’s second convention, her first being Little Apple Comic Expo in Manhattan, Kan. the week before.

Despite some low attendance, Dailey said she enjoyed the Con and looks forward to next year. It was her first trip to Warrensburg, Mo. since graduating from the art department in December 2010. She noted the changes across not only campus, but Warrensburg as a whole.

“It was awesome to come back, and I hope the town continues to grow,” she said of her visit. “I tried the new Pie and Ice Cream place across from Rock N’ Sports, delicious! And got dinner at Heroes AKA Unknowns at Heroes, and walked around the campus. I love all the changes.” 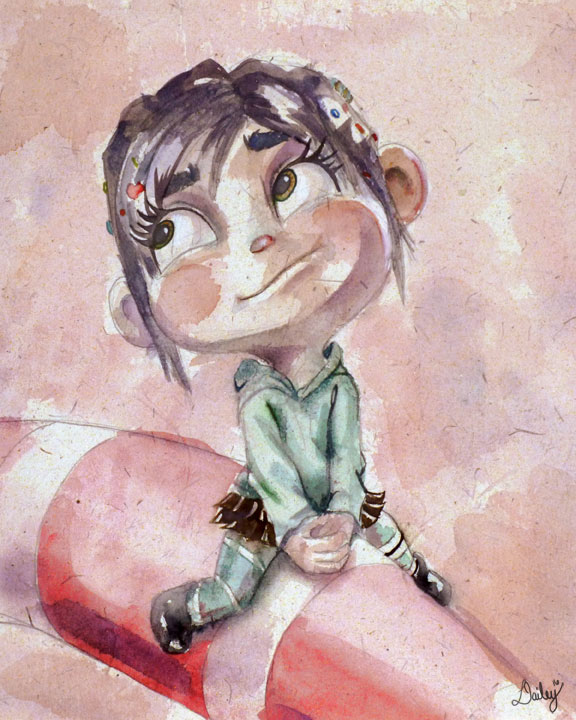 Dailey’s art includes a lot of pop culture not only because of her own fandom, but also because that’s what people are interested in at conventions.

“People walk by your booth and usually only stop if they see a character they love, so if I can get them to stop and look at my work hopefully they will find a couple things they like,” she said.

She said she doesn’t have a specific way of choosing her topics, but it’s dependent on what she feels like painting. She does, however, take commissions because she enjoys taking an idea and turning it into a piece of art. Her style mixes aspects of both realism and fantasy.

“I have always had a love for science-fiction and fantasy and it has heavily influenced my work,” she said. “I like to take things that aren’t real and try to create them in as believable a way as possible.”

All of her pieces begin with a pencil sketch and evolve from there.

“I always start extremely loose,” she said. “Just scribbling in basic shapes and form. Something I really took away from my education is to bring the entire piece up at the same level. You can’t draw a face and start with a really detailed eye. Then you have to spend the rest of your drawing trying to make the eye that you put so much work in fit with the rest of the picture. So I keep everything very loose and gradually put more and more details in as a whole. Sometimes the process can take a little while but I believe I get the best results from it.”

Her passion for art is her main motivation and bringing pieces to conventions is just a bonus.

“I am excited to be able to create art so I’m always ready to paint,” she said. “My problem is inspiration. I have never been strong at coming up with brilliant ideas. My strong suit lies with taking an idea to the next level and really creating something cool with it. Which is really what the heart of illustration is. The client brings the artist the idea and the artist delivers it fully realized.”

Her favorite piece is a phoenix titled “Midnight Sun.” She said she loves painting animals, so fabled beasts are at the top of her list.

She had a word of advice for people looking to get into art but think they lack the skill to take it seriously.

“So many people watch me draw and say ‘I could never do that’ or ‘I could never be that good at art,” she said. “I just want people to know that it is just like anything else. If you want to be good at art, you can be! I didn’t wake up one day and have the ability. Just like all the other artists out there I practiced every day until I got to the level I am at. So all you have to do to be an artist is draw! Just keep drawing until you are where you need to be. That’s what I do and that is what I am going to keep doing, because I am nowhere near where I want to be.”