LATEST NEWS
05:07 AM
Home Entertainment Up-Down KC: “It’s better to burn out, than to fade away” 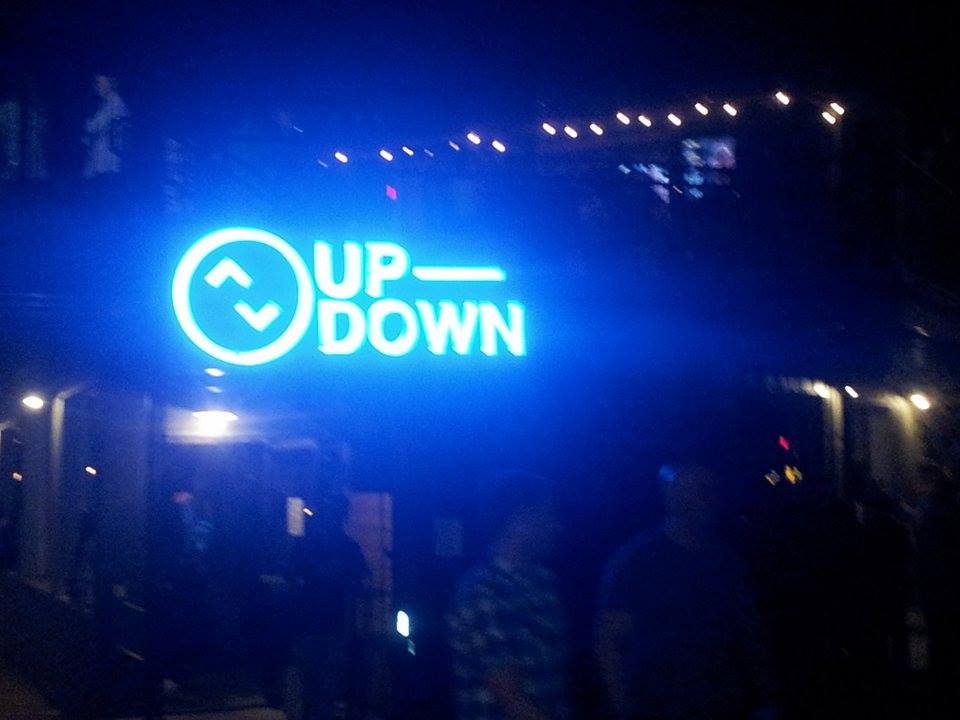 Up-Down KC: “It’s better to burn out, than to fade away”

The night of April 17, 2015 was the closest I ever got to time traveling – standing inside the newly opened Up-Down KC “bar-cade” (a combination Bar and Arcade) located on Southwest Boulevard in Kansas City, Mo. was like being flung right into 1997. A colorful array of lights blinded me as I spun around the arcade floor, seeing my childhood flash before my eyes as arcade classics like X-Men, Contra, Donkey Kong, and Double Dragon came to life on old CRT monitors. I felt like a kid in a candy store. For a kid who grew up on Nintendo, spent summers at local pizza joint “Pop’s Pizza” playing pinball, and grew up to be a huge gaming nerd, Up-Down was the arcade experience I was looking for, and the beer was an added bonus.

Take it from a video game fanatic like myself, today’s local arcades just don’t have it – they’re the ones that that you find in restaurants and some bars that all typically follow the same bland formula: throw in a driving game like “Cruis’n USA,” put up a Pac Man/Galaga combo machine and have some generic shooting game and BOOM! You have an arcade. But it takes a special kind of gamer, one with a wine snob’s sensibilities when it comes to gaming, to create an arcade that pays such excellent tribute to video game history by grouping all of Nintendo’s cabinets together (including greats like Punch Out, Duck Hunt, and Popeye), having a great selection of fighting games including both Teenage Mutant Ninja Turtle arcade cabinets and the Mortal Kombat games, sporting four retro ski ball machines, and by having my favorite thing ever – pinball tables. With eight tables to play on throughout the night, I was in pinball heaven. The guys at Up-Down KC know how to pick from the best of the vintage.

But arcade games aren’t the only fun that’s to be had at Up-Down. There’s a large version of Jenga that takes place on the bar’s rooftop and a giant Connect 4 immediately outside of the bar. It was fun enough for me to just watch bar patrons try to reach far above their heads to put an enlarged Jenga Brick on top of the tower – even better was the large crash that the large Jenga bricks make when the tower fell over. Another awesome event taking place was a group of guys playing Mario Kart 64 on a giant projector screen near the bar’s entrance. Old WWE episodes were playing on the television showing off the most tubular matches of the ’90s. Even the walls were a nostalgia trip in their own right. Passing by I saw familiar faces in the wallpaper like Steve Urkel, Tim Taylor, Al Borland, and Robocop. There was something fun and joyous taking place around every corner of the bar.

The bar part of the Barcade was a happening place as well. The tap selection was great. A pint of my favorite, Boulevard Wheat, was refreshing after destroying Magneto in the X-Men arcade game, but later on in the night I was able to indulge in some craft beers, such as the delicious Left Hand Nitro Milk Stout and the Game of Thrones beer (to ring in the new season.) Perhaps the most exciting thing about the bar to a recent college grad like me is the pricing – $4.50 got a pint of beer. Not to mention the arcade game pricing is 25 cents for every game. The atmosphere was very upbeat, the staff was very friendly, and the pricing was more than friendly to my wallet. The fact that I’m not being charged a ridiculous amount for a drink in downtown Kansas City is a miracle, and it’s a major reason aside from the fantastic arcade that I’ll be coming back time and time again.

Bars are generally considered to be social places, but I never get a feeling of fellowship in noisy piano bars, bars with roped-off VIP sections all over, and bars where “DJ Ipod” is shuffling his playlist over his oversized, blaring speakers. Fellowship is what Up-Down is all about. In all my years of gaming, I hadn’t had the unique experience of playing the six player X-Men cabinet with five other players, and it was one of my favorite multiplayer experiences I’ve ever had. Period. Six patrons including myself kept feeding tokens into the game until we beat the final boss – there was laughter, hi-fives, and fond memories being shared as if the screen in the middle was some sort of virtual campfire.

Before the opening of Up-Down KC, I probably would have said that bars aren’t really that unique, that even fun places like karaoke and piano bars are just gimmicky dives where the experience all leads to you buying booze. But Up-Down wasn’t a cashed-in experience, it had everything I could want from an arcade and a bar respectively, it’s an experience I can’t really get from sitting down and playing video games at home while pounding back a few beers. The Up-Down experience is a truly unique one and certainly one I recommend to bar-goers and video game fanatics alike.