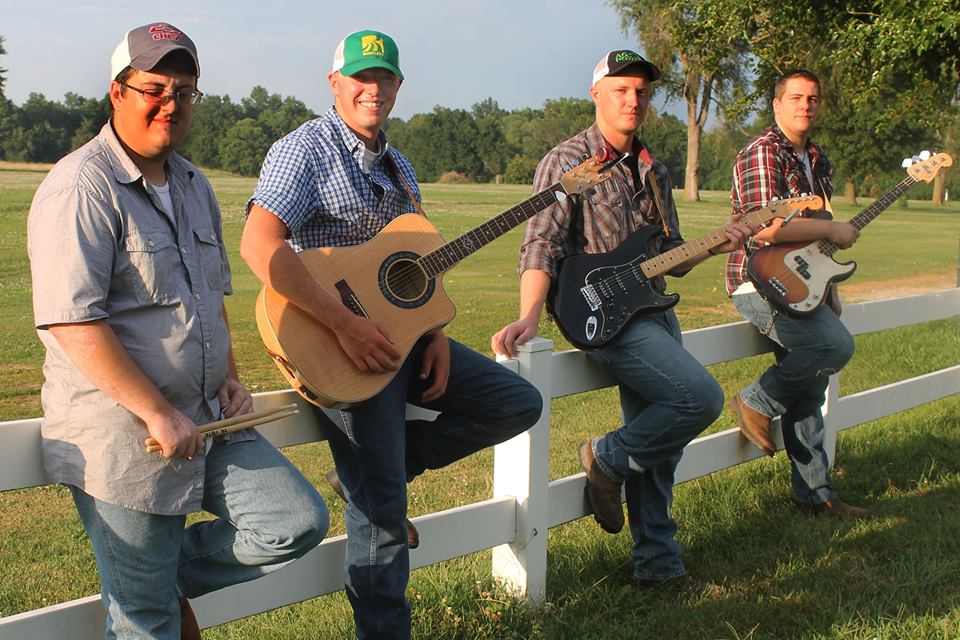 Bluestem to open Sounds of Summer

The Sounds of Summer Concert Series continues Friday, June 12 with local country band Bluestem performing on the Downtown Courthouse Lawn from 7-9 p.m. The concert is open to the public.

Bluestem is a country and classic rock band that was started in 2010 by members Trenton Scott, Andrew Beeman, and Brenton Yates.

Beeman, the lead guitarist, said the two-hour acoustic set will feature a few original songs but most will be 90s country covers. Beeman mentioned playing Burgfest last year and when the group was asked to play the Sounds of Summer they jumped on it.

“We’re really excited for the opportunity to play this year,” Beeman said.

The group usually plays cover songs which include country music from the ‘90s and early 2000s along with some classic rock. Beeman said the group is stepping away from their typical style and playing an acoustic set Friday night.

“We plan on playing a laid back kind of thing with the acoustic, more of a sit down kind of feel to it,” Beeman said.

The first concert was scheduled for Friday May 29th having to be cancelled due to weather. Main Street is working with the band and The City of Warrensburg to reschedule Brandon Webb, Emily Russell and The Tribe of Levites to play on the Fourth Friday Burg Walk in August.

All concerts are scheduled to be outside and will be held weather permitting. Warrensburg Main Street encourages people to bring lawn chairs and picnic blankets.

For a complete list of the upcoming concerts and more information visit the Warrensburg Main Street website or call (660)429-3988.