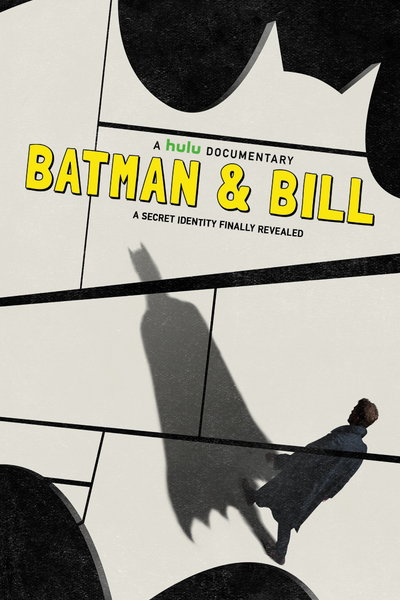 5 Things You May Not Know About DC & Marvel Superheroes

Comics have been around for a very long time and due to the popularity in mainstream media, many people take what they see as facts without understanding the source material. There are many “facts” that circulate almost becoming widely known only to be debunked by the truth. With so many of these “facts” running about join CMN as we take a look at five actual facts you may not know or have been incorrectly told about. 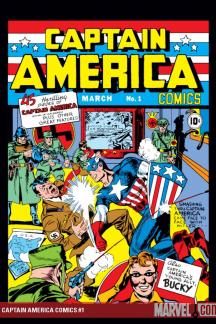 Believe it or not, Captain America hasn’t always been a fan favorite. He has had a roller coaster of popularity among fans throughout the 76 years of his existence with a recent decrease in popularity due to the “Hail Hydra” storyline. Even with this, there are loyal fans to this superhero with many people claiming that they like him because he is the original superhero from Marvel. This assumption, however, is partially incorrect. Marvel had two predecessor companies, Timely Comics and Atlas Comics. Both of these would release several superheroes before Marvel was a publisher. This would mean that although Captain America was Marvel’s first “official” superhero, he is not the oldest. In fact, there were several superheroes released by Marvel before Cap would arrive on the comic scene. 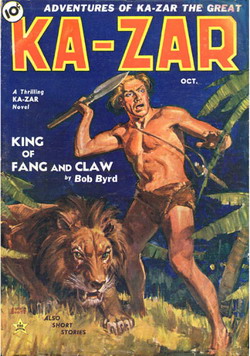 Marvel was formed through many other companies. Starting off as Timely Comics, whose first hero was a Tarzan-like character named Ka-Zar and was released in October of 1936. The first “superhero” released by Timely Comics was Namor the Sub-Mariner in April of 1939. Subsequent appearances of superheroes from the publisher were, in order, Human Torch, Angel, Electro, Black Widow, Falcon (Carl Burgess), Vision, and then Captain America. While technically Captain America is Marvel’s first release, they had many others at their disposal by the time they began publishing their first issues. 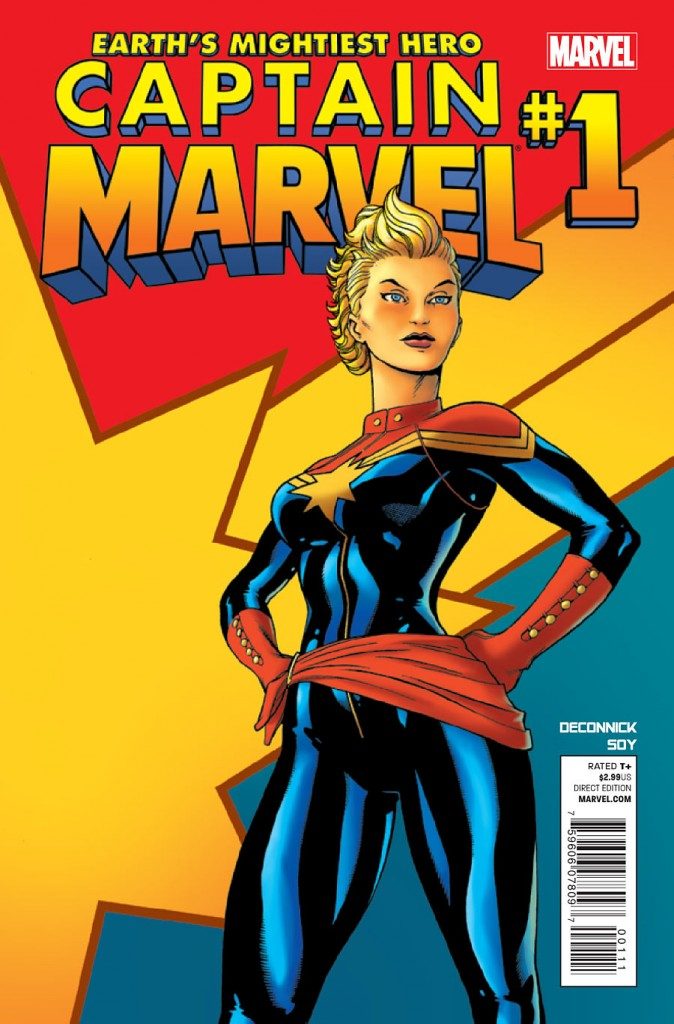 4. The Many “Captain Marvels”

A character’s name is one of the most important ways to identify someone. If you talk to someone about Green Lantern, Spider-Man, or Robin, chances are you will have various different versions go through their minds, but the general concept of each of the variations is similar to one another. If you talk to someone about Captain Marvel, however, you will invoke three entirely different superheroes across both Marvel and DC. 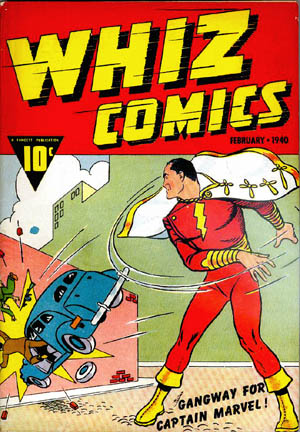 The first iteration of Captain Marvel was from a publisher named Fawcett Comics. First released in 1941, this superhero took the world by storm. Able to change from a small child named Billy Batson to a superhero only by saying an acronym, SHAZAM, this iteration made many children desire to become superheroes. The ever-popular superhero had his own series of issues though. DC Comics sued Fawcett, claiming that his superhero form was too similar to Superman.

DC Comics ended up buying the rights to the character when Fawcett Comics began to go out of business, but the fight over the character wasn’t done yet. DC tried releasing several series, but ran into issues with Marvel’s own character named Captain Marvel. DC eventually ended up switching the name of the character to Shazam to avoid any more issues. 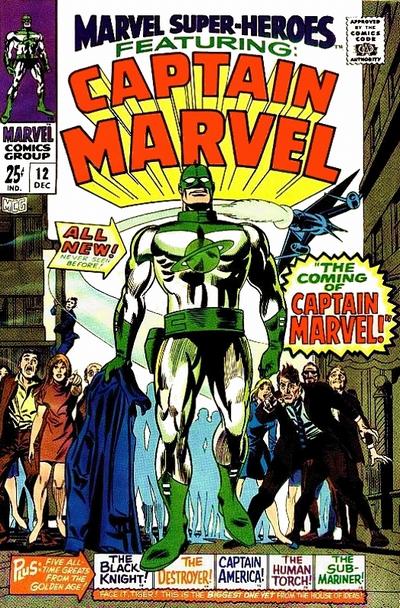 The second iteration of this popularly named hero was Captain Mar-Vell, a superhero published by Marvel in 1967. Quick to jump on the fact that Fawcett Comics no longer claimed the rights to the name “Captain Marvel,” Marvel comics released their own superhero, but to mixed results. Mar-Vell was of an alien race called Kree, and although credited with co-creation, the artist, Gene Colan, claimed that the superhero was entirely designed by the writer and that the costume design for the character “was awful – just an imitation of any of the other costumed characters I’d ever done”. The writer who had been criticized over the character design and overall doom of the character was none other than Marvel’s most famous creator, Stan Lee.

The newest iteration of Captain Marvel was released in 1968 by Marvel. A kree/human hybrid, Carol Danvers was created by writer, Roy Thomas, and artist, Gene Colan, the same artist that worked on the previous Captain Marvel. She would not immediately become Captain Marvel though. She would begin as Ms. Marvel and then become Binary and Warbird before eventually landing the role as Captain Marvel in 2012. Met with a vast popularity, she has quickly become a symbol of feminism and was even called “quite possibly Marvel’s mightiest Avenger.”

Without looking it up, many people will say that they without a doubt know that Wolverine’s real name is Logan. It is stated as such in the X-Men movies and even said in the comics. The truth is that Logan’s real name is in fact James Howlett. The reasoning of this comes from his relatively unknown childhood.

James Howlett was born in Canada in the 1880s to John and Elizabeth Howlett. To make a long story short, John was not the father of James, but instead the father is the groundskeeper for the Howletts, named Thomas Logan. Thomas was thrown off of the property for attempted rape, which Thomas’ son, Dog, had perpetrated. Thomas returns to the Howlett Manor to kill John and after successfully killing him, James filled with rage, manifests his claws – which at the time were just bones – and kills Thomas.

James runs away with his childhood friend, Rose, and takes on the name “Logan.” He then accidentally kills Rose and flees until he gets captured and put on display for a circus. After breaking free, Logan teams up with Captain America and eventually joins a team named “Team X,” where he is subjected to false memory implants, subsequently losing control and getting captured for the “Weapon X” program which messes with his memory even more. Eventually, it becomes easier to go by the name he had given himself and move on from his former life. 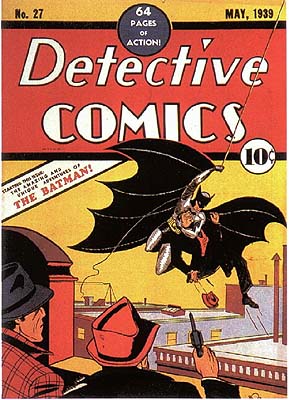 It may seem far-fetched to believe that there is something in common between the Caped Crusader and “your friendly neighborhood Spider-Man.” There is one similarity that many people overlook when it comes to both of them – their creators. Everyone knows that Stan Lee created Spider-Man and Bob Kane created Batman, but there are very few characters that were created by one single person. Comics need both art and story to create a hero, and these heroes are part of the large community that has two creators. Many people give no credit to the other name, and generally people don’t even know the name of the other person involved with each hero. 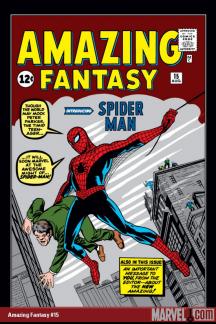 Oddly enough, Stan Lee was the first writer for Spider-Man. The iconic look for Spider-Man came from an artist named Steve Ditko. Originally the inker for the series, Lee asked Ditko to become the artist and to redesign Jack Kirby’s art. He then refused to let Ditko create the cover, giving that job to Kirby. Although there were technically three people involved in the creation of this highly popular character, it has only been recently that people in the mainstream have given credit to Ditko, even though without his work, Spider-Man would look vastly different.

Where people may not know the artist for Spider-Man, the opposite is said for Batman. Everyone gives credit to artist Bob Kane for creating the Dark Knight, but as previously stated, it takes both art and story to make a character. The story was created by a man named Bill Finger, who is less likely to be known that Steve Ditko. In fact a documentary was released by Hulu named “Batman & Bill” tells a story about the struggle of who deserves credit for the creation of a character. 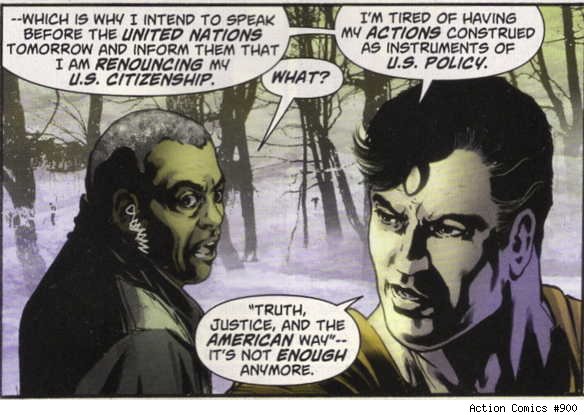 This last “fact” is less of a fact and more of a concept people tend to forget and that is the fact both Superman and Wonder Woman are not American. While both are draped in red, white and blue neither are actually from the United States. Both have been involved with controversy based on their “American Identity”.

Superman gained a lot of negative coverage over his “decision” in the 2011 release of “Action Comics #900” where he came to the conclusion that to avoid being viewed as American property that he would renounce his American citizenship. This storyline was met with various degrees of anger, especially by conservative media with Fox News writer Cal Thompson stating the story “sounds as if it was written by an acolyte of the Obama administration.” Hollywood publicist and GOP activist Angie Meyer said, “Besides being riddled with a blatant lack of patriotism, and respect for our country, Superman’s current creators are belittling the United States as a whole. By denouncing his citizenship, Superman becomes an eerie metaphor for the current economic and power status the country holds worldwide.”

Superman isn’t the only non-American to be ridiculed for not being American. The recent release of Wonder Woman’s movie was met with criticism from a certain panel at Fox News. Fox host Neil Cavuto, with guest Dion Baia, claimed the film adaptation of Wonder Woman didn’t portray the Amazon to be American enough, with Cavuto saying, “Some are calling it less American, Dion, because, well, her outfit isn’t red, white, and blue, and, in order to appeal for foreign audiences, very little reference to America at all”

Baia went on to say “I think, nowadays, sadly, money trumps patriotism. Especially, recently, I personally feel like we’re not really very patriotic, the country, in a certain sense. And they want these movies to succeed internationally, you know, so they’re going to dial back.”
These are overly dramatic reactions in regards to these two iconic superheroes, one of whom is an alien from another world and the other being an Amazon. Apparently rewriting the characters to make them American is the answer to this crisis, but until that happens, which it will not, be sure
to remember that neither are actually American.