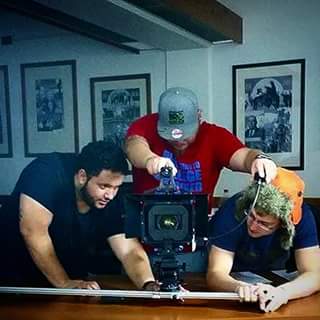 Individuals working in the media and the arts have to deal with deadlines. A print journalist has to have stories in on time to meet a publishing deadline. Major musicians have to have songs recorded and finished for a scheduled release date. Filmmakers have deadlines to meet as well.

And on Jan.23, a group of filmmakers consisting of University of Central Missouri students and alumni got together to accept a project with a tight, 48-hour deadline. The festival was organized by John Marr, head of the UCM Filmmakers Coalition. The project was to create a short film for UCM’s first 48 hour film festival, with the twist that all of the films were to be based on classic fairy tales.

Six teams assembled and drew the names of fairy tales from a hat. The titles they drew would be the themes of the films. If any team didn’t like the selection they had drawn, they were allowed to draw again but had to use their second selection.

Mario Garciduenas, a recent UCM graduate, was one participant who re-drew. After initially picking “Rapunzel,” he and his team ended up with the story of “The Gingerbread Man.” His short film is entitled “Danger and Butts.”

“We looked at each other (after drawing) and we were baffled,” Garciduenas said. “We didn’t even know the story.”

Garciduenas explained he and his crew had to read the story before filming. Garciduenas said that being unfamiliar with the story served as an advantage because it opened up the opportunity to move the story in a variety of directions. He chose comedy, which Garciduenas said is more difficult than writing drama.

“Comedy is so evolving and circumstantial and contextual,” Garciduenas said.

Josh Leonard, UCM alumnus and current multimedia producer at KMOS, took an unorthodox direction. He wound up with the story “Hansel and Gretel” after turning down “Jack and the Beanstalk.” Leonard described his finished product, titled “Breadcrumbs,” as a sequel to the story of “Hansel and Gretel,” taking place 15 years after and told from the witch’s perspective. Leonard has previously participated in several 48-hour film festivals yet he said he considered this one to have been the least difficult 48 hour shoot. 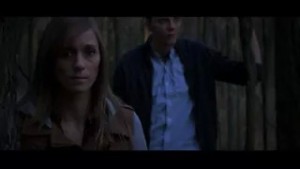 “The most frustrating thing (about the shoot) was what to do with the ‘Hansel and Gretel’ genre,” Leonard said.

The filmmakers were at liberty to alter elements of the original stories. A team led under the direction of Andy Weber turned a mermaid’s tale into a science-fiction story, with the goal of getting to earth instead of from the sea to living on land. The altered script was created by screenwriter Sam Mayta.

Alexandra Lambdin, a senior Digital Media Production major and production manager on the film said she liked the altered story.

“I thought great. I don’t have to try and find water,” Lambdin said. “I was so happy.”

If things were smooth sailing for Leonard, the same was not true for Garciduenas. He described a shoot filled with obstacles. Garciduenas explained he was not able to get a commitment from the majority of the actors he usually works with, so he and his team scrambled to come up with a new list which was eventually made up of employees from a local bar, most of who also fell through, but eventually actors were found. Garciduenas secured an actress for one scene an hour before the it needed to be done.

Although Leonard and Garciduenas encountered different experiences while shooting, they are both looking forward to the 48 Hour Fairy Tale Film Festival. Leonard talked about how a large focus of UCM’s Digital Media Production major is centered on news, and an event like this is an avenue for filmmakers in the department.

“When I was in school, I didn’t have the opportunities to do a film festival like this,” Garciduenas said. “The program was in transition.”

“I am excited to see freshmen, and juniors or even seniors who don’t have a lot of experience behind the camera,” Garciduenas said. “I am so excited to see what they are coming up with. They are actually f—— doing it.”

Out of the six teams, only the two films directed by Leonard and Garciduenas are up for awards. The other films will be screened but are not eligible for awards, due to not meeting the deadline.

The 48 Hour Fairy Tale Film Festival is scheduled for Wednesday, 5:00 p.m. in the Nahm Auditorium in the W.C. Morris building room 299 at UCM.