LATEST NEWS
05:08 AM
Home Entertainment The Joys of Comic Conventions 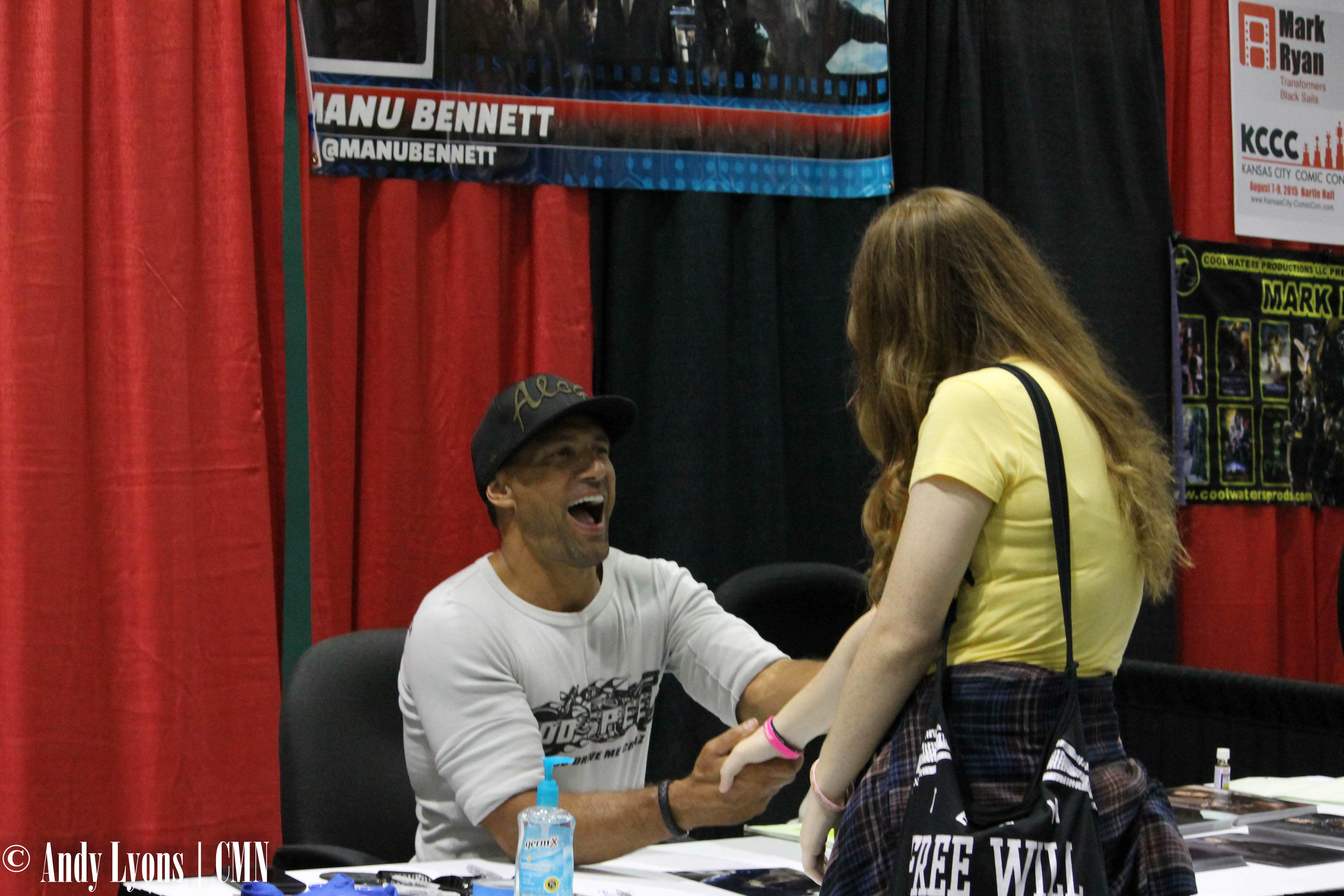 The Joys of Comic Conventions

The guests included “Lone Ranger” artist Tom Gill, secretary to Stan Lee, and one of the first underground comic creators Flo Steinberg, and even Spider-Man and Doctor Strange co-creator Steve Ditko. The event was reported to have “over 100 attendees,” which may seem minuscule compared to today’s standards, but being the very first official convention the number was, in fact, tremendous.

Fast forward just over 50 years and we see comic conventions everywhere. These events have become more “pop culture conventions” rather than strictly comic conventions in order to appeal to as many people as possible. Whether it is the vast array of comic creators, various vendors, or the multitude of media guests, there is sure to be something that will draw you in.

Firstly there’s the elephant many people struggle with – the first convention. My first convention was Wizard World in St. Louis. I wanted to go to a comic convention and this was, as I thought at the time, the only chance I would get to go to a comic con. After researching, I figured Saturday would be the best day to go, but when I got there I fell into an immediate trap. I was completely enamored in the media guests and a single comic creator and before I knew it, I had spent around $500 in a matter of a few hours. It’s alarming how quickly I spent money, but at the time I just wanted to buy and have everything I saw. I still have everything I bought during the convention, but even with it being my first con and though I met some wonderful people, I still feel like I have more of an attachment to my other pieces of memorabilia from other conventions. The thought of spending as much money as I did in a single day leaves a small mark of dread on everything I had signed from that convention.

My second comic convention was the 2015 Planet Comicon in Kansas City. I was able to go through my employer at the time, Hastings. As a vendor, I was able to get a very different experience than my first, and I made sure I wouldn’t spend as much money (mostly due to the fact I was in between paychecks.) It was at this comic con I discovered a new reason to go, the creators. The artist responsible for 8-bit Deadpool, Matthew Waite, approached the Hastings display and offered some of his art to us, free of charge. I noticed he had created a piece for every member of Lantern Corps, and I was lucky enough to get a handful of them from him. I would eventually end up buying the rest from him through the course of the next year or so, and every time I came up to him, he recognized me and greeted me like an old friend, and from that point on I was more interested in meeting those behind the iconic images, rather than being interested in the images themselves.

I was approached by Central Mo News Editor-in-Chief Andy Lyons, who worked with me at Hastings, and he asked me to start writing for him. That moment helped propel me into a wild series of events that has led me to where I am today. Throughout these events, I was able to meet fantastic people and some of the best creators who are around today. Meeting people like Mario Mora, Greg Smallwood, Jai Nitz, Ant Lucia, James Tynion IV, Star Beast creators Allyson Lassiter and Stephanie Young, and the two creators of the popular comic coloring company Hi-Fi, Brian and Kristy Miller, has really made me appreciate the various art forms as well as making the comic cons I go to mean much more to me.

Another art form I started to take more notice in was the cosplayers who attend these events. Being able to dress up as your favorite superhero, TV show character, or whatever you want is always something many people look forward to. I always enjoy looking at what people dress up as, and was pleasantly surprised to see someone dressed as Dark Magician from “Yu-Gi-Oh!” at the last Kansas City Comic Con. I’ve also been able to see Sauron, the special infected from the Left 4 Dead games, the cast of “Archer,” the cast of “Bob’s Burgers,” and a variety of other fantastic costumes. With so many options to choose from, you can literally be anything or anyone you want, but there is one character I absolutely hate.

Based on sheer multitude and on the character itself, it always bothers me that so many people dress up as Deadpool. It’s almost like a rule there must be at least six Deadpool cosplayers at a single event, which wouldn’t bother me as much if it wasn’t for the fact some of these people who dress up as the Merc with a Mouth use it as an excuse to do whatever they want. Even though the character is a goofy off-the-wall person who will take any chance to mess with people and be as over the top as possible, doesn’t mean you should be able to do the same.

I’ve seen too many Deadpool cosplayers make unwarranted sexual advances toward others in the name of being funny and it needs to stop. If the behavior wouldn’t be acceptable outside of the character, then it should not be acceptable when you are inside the costume. It saddens me there has to be signs around these conventions stating “cosplay is not consent,” and although it isn’t entirely due to the Deadpool cosplayers, I’ve seen enough that I will always dread seeing them at any event.

After getting past that inevitability, I will always have a good time at a comic con. I’ve gotten the chance to meet so many great people and I will always cherish the memories I have had at the events. If I had to give any advice to anyone who goes to conventions I would say there is a lot to keep in mind to make sure you don’t break the bank.

• Make sure you withdraw all the money you want to use before you get to the event, because the ATM on the show floor will charge a lot to use it and has a max of around $100 at a time (some vendors will take cards, so this isn’t as big of a deal).
• Don’t buy mystery boxes. They are made to get rid of things the vendor can’t sell normally, and although the feeling of “What will I get?” is exciting, in the end you are gambling on something random when you can use the money towards something you will actually enjoy.
• If you meet someone you want to sign something of yours, make sure the item is worth the cost. Many artists and writers sign free of charge, or pretty close to it, but a few creators, and all media guests, charge a lot for a signature, so be careful.
• Food and drinks cost quite a lot at these events, so finding a place nearby to walk to in order to get a meal for the price of a pizza on the show floor can help save money in the end. 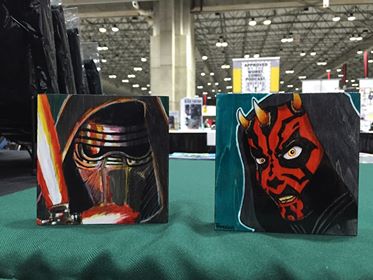 I have been lucky enough to attend so many conventions within a span of around four years. There have been so many things I have enjoyed and still appreciate to this day whether it’s Waite’s Lantern Corps works, or my Kylo Ren piece I commissioned from Mora. Getting to know the people behind some of the greatest stories, and being able to meet such iconic people like Manu Bennett, Ron Perlman, Phil LaMarr, Alan Tudyk, and George Takei help show us even though they may be high profile individuals, they are humble people who make waiting in line to meet them more than worth it.

If there was any final advice I could give to someone who goes to a comic convention, whether it’s their first or their tenth, it would be that these conventions allow people of a variety of backgrounds and ethnicities to be gathered under a common interest, so why not meet someone new and get the chance to spread the love of all things pop culture related.