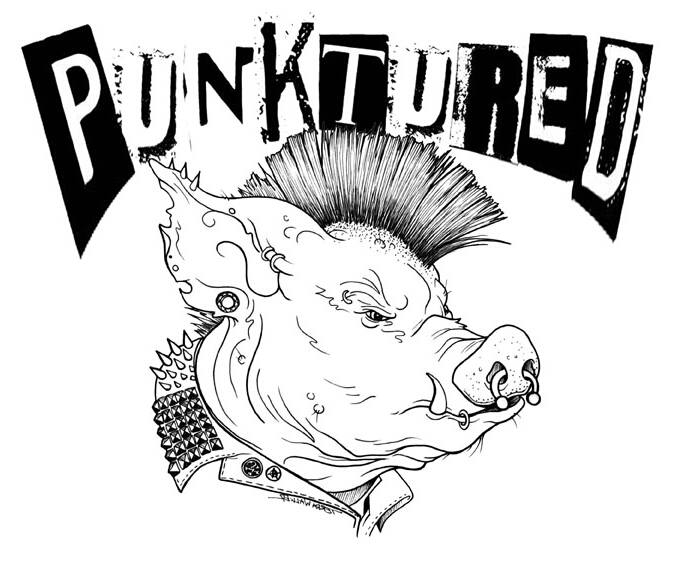 The building is about the size of a small studio apartment and sandwiched between a row of residential properties and the license bureau. The building is the yet-to-open PunkTured, located at 1034 S. Maguire St. Unit E., a new business providing piercing and tattooing in Warrensburg, Mo., operated and owned by professional piercer Shanda Madrid.

Madrid’s journey to owning her own studio has been a long and winding road. The Las Vegas native got her first piercing at age 16. She described a mishap that would serve to foster a sense of professionalism with her work as a piercer.

“When I was 16, my mom finally said it was OK for me to get my first body piercing,” Madrid said. “I was thrilled, as you could imagine. I decided I wanted to have the left side of my lip done.”

Madrid spoke of a lackluster experience with a sub-par piercer.

“The artist didn’t seem too enthused,” Madrid said. “The look on his face wasn’t the look of pride in his work. I asked if everything was OK, and he said ‘no, I pierced through the pink of your lip.’”

Madrid said the piercer then not only had to redo it, he pierced again in the same spot, leaving a scar on the left side of her lip.

“My mom and I left, and when we got in the car I cried. It hurt, and he messed it up twice,” Madrid said.

Madrid said her mother comforted her and told her she would make an excellent piercer due to a meticulous nature. In 2002, Madrid began a piercing apprenticeship under Joel Tafoya in Colorado. She called the apprenticeship life-changing.

Madrid is not alone at PunkTured. Her longtime friend Terra Walker is onboard, working as PunkTured’s tattoo artist. Walker is returning to tattooing after a five-month hiatus, although she will be tattooing by appointment only.

“I’ve been in public (tattoo) shops for about eight years, and I just needed to take a step back,” Walker explained. “I do a lot of painting and working with other types of multimedia art.”

“I decided that maybe it was time for me to pursue my little dream of opening my own piercing studio,” Madrid said. “I’m just getting too old and cranky to change my ways and go work for someone else.”

Madrid acknowledged that her piercing studio’s location is off the beaten path. The Dublin Social Club was down the street from the University of Central Missouri and the bars and clubs on Pine Street, while PunkTured is in a secluded, out-of-the-way location. Madrid said she doesn’t view the location as a problem. She foresees word of mouth and an already-established name drawing clientele to the shop.

Madrid does not have a specific opening date, but she estimated within one to two weeks.